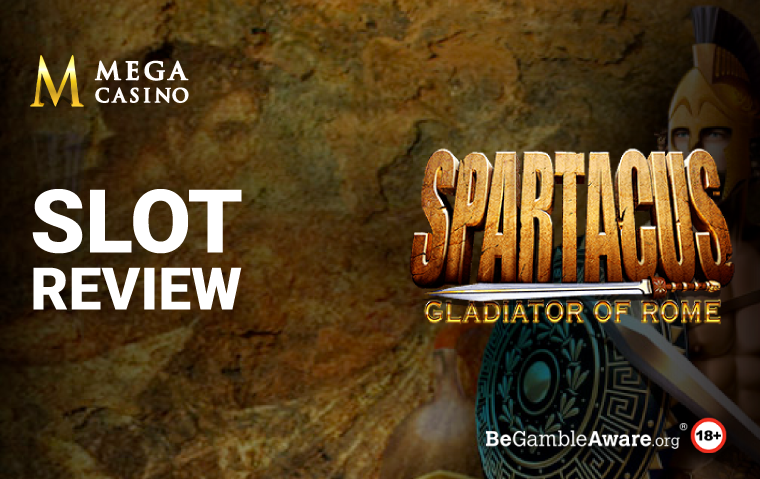 Ancient Rome is full of inspiring stories and legends. So much so that online slot developers could continue to make slots with the theme for years to come and not run out of ideas. One of the most iconic figures from this period is Spartacus. The legendary gladiator has been reimagined in tons of different ways, and WMS has now added online slots to that list. The character is the key inspiration here, but he is not the only reason that the Spartacus casino slot stands out. The slot utilises a number of interesting mechanics and features, all of which are going to be explored in this Spartacus slot review.

Spartacus was a brave warrior who liked to push the limits, and that spirit has been carried over to the Spartacus online slot game. The first thing you will notice when you load the game is that it takes place over two sets of reels. The first of these is a standard 5x3 grid, while the second has five reels and 12 rows. This gives 100 ways to win, though, the paylines are confined to their own reels.

The game takes place in the resting chambers before a big fight. The blood-thirsty Roman crowd in the colosseum creates an atmospheric soundscape for the slot, while the visuals are suitably bloody and violent. It’s a really nicely crafted slot from WMS and one that really throws you into the world it inhabits.

How To Play Spartacus 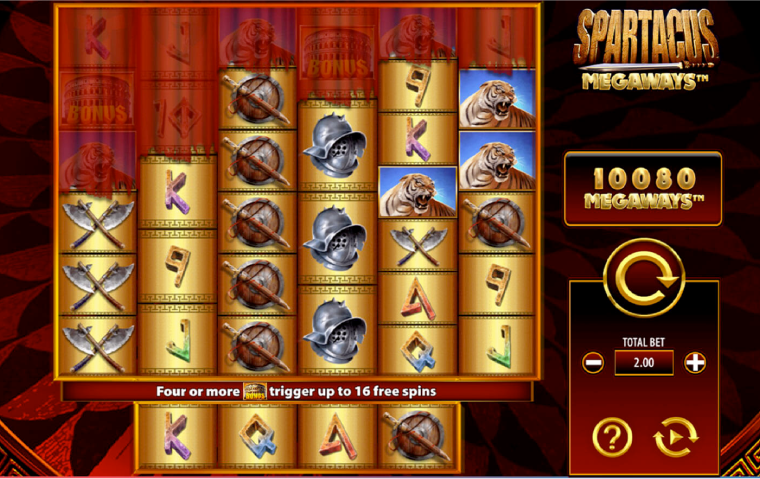 The slot set-up for the Spartacus game is very unique but the gameplay is kept nice and simple. To get things going, players will need to choose the number of paylines they want active on each spin. This is set in increments of 20, with 20 being the lowest and 100 the highest.

The RTP of Spartacus is 95.94%, and the game is considered highly volatile. Players can secure a maximum win of 1,000x their stake, which is a solid if slightly unspectacular offering. The Spartacus mobile slot is also a lot of fun to play, and the game’s larger set-up actually has few problems jumping to the other reels. 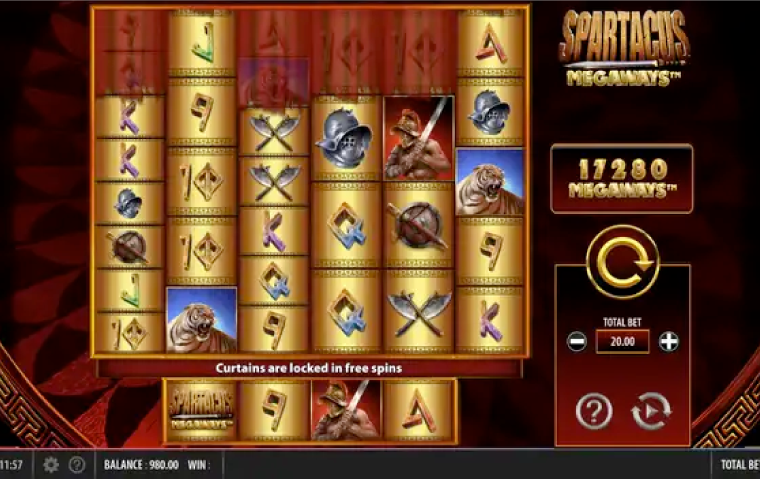 It would be a waste of such a unique gameplay set-up if there weren’t some handy bonus features thrown into the mix. The following are all available in the Spartacus slot game.

The Spartacus bonus spins are launched when players can land three of the Colosseum scatters on the reels. Three of them rewards eight spins, four gives 12, and five will reward 20.

The Walking Wild bonus makes full use of the game’s unique set-up. Wilds can appear stacked in the game, and if you land more than one, it will make a move over to the other set of reels. Given the larger size of the second grid, this can help land some pretty big wins.

There are many Roman-themed slots available at Mega Casino but Spartacus is definitely one of the stand-outs. The title’s unique use of two grids makes for some engaging gameplay, while the design really does a great job of putting you in the middle of Ancient Rome. The bonuses here are also solid and can help land some big wins.