There are few board games on the planet, if any, that are as iconic as Monopoly. The capitalism themed games have been the source of many family disputes over the years, and many online slot developers have taken a shot at bringing it to the reels. The Monopoly 250K slot game is from the team at Scientific Gaming, and it is one of the best reimaginings of the game available. Let’s roll the dice and see what is in offer in this Monopoly 250K slot review.

When you play the Monopoly 250K slot, you will feel as though you have dusted off the game board and are playing Monopoly itself. The game is a very loyal new take on the original title, with all of the main characters and board pieces making an appearance.

Mr Monopoly is standing on the right-hand side of the reels cheering you on, while a jackpot table is displayed on the other side. The slot takes place on a 5x5 grid which is sat in front of a reimagined version of the Manhattan skyline.

How To Play Monopoly 250K 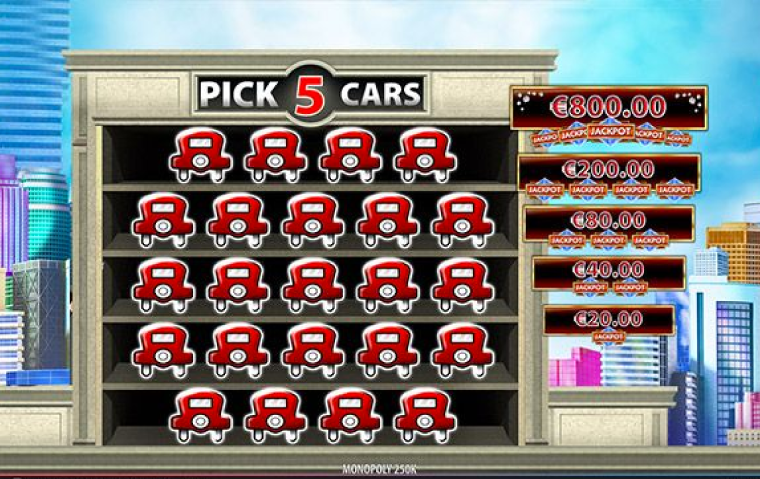 The fun in the Monopoly 250K slot takes place across five reels, with 40 active paylines on each spin. The game has a minimum stake of £0.01 per line, coming in at £0.40 for a spin, and £2.50 max per line, totalling £100. This is a friendly betting range that will accommodate most players.

The slot RTP is 95.49%, putting it just below the industry average. However, this is probably impacted somewhat by the game’s Mega Jackpot. The title of the game may give this away, with the slot rewarding up to 25,000x the player’s maximum bet.

The beauty of the original Monopoly board game was how easy it could be carried around. This slot has the same selling point, with the Monopoly 250K mobile slot being accessible across different devices and platforms. 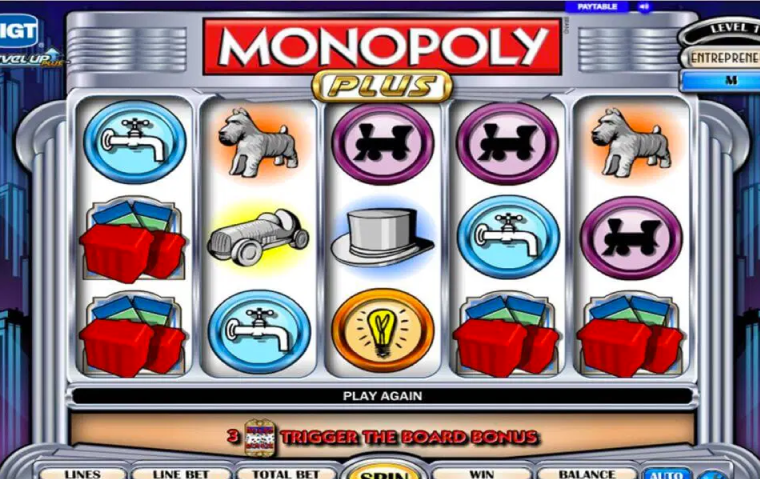 Scientific Gaming has not cut back on the bonus features in the slot. The company has incorporated many elements from the original board game into the slot.

The first feature you will probably come across it the Community Chest bonus. This can occur on any non-winning spin, with the game offering players three cards to choose from. Each of these will display a multiplier of either 2x, 3x, 5x, or 10x. This will then be applied to the next spin.

On any given spin, Chance and Mystery cards can make an appearance on the reels. These act as mystery symbols and will all be turned over post-spin to reveal a symbol. Both chance and mystery will display different symbols.

What is there not to like about the Monopoly 250K slot game? The title uses a universally popular theme, it offers a great potential jackpot to play for, and it is fit to burst with innovative bonus features. This is one of the best SG slots out there right now and is one we recommend taking for a spin.