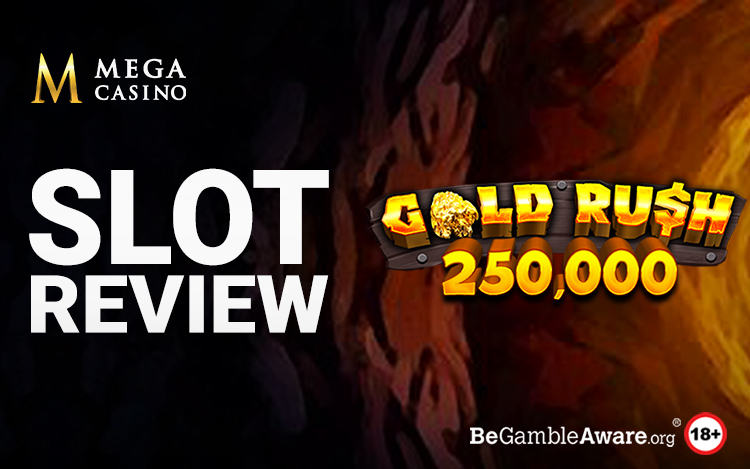 Gold mines are, unsurprisingly, a popular choice of theme for online slot games. Pragmatic Play has opted to be about as subtle as a stick of dynamite with Gold Rush - a slot that is all about landing golden nuggets on your reels to secure big wins. The game has been a successful hit for the company over the years, but does it still hold up? Let’s get our pickaxes, head down the mines, and find out.

Gold Rush takes players deep into the pits. It’s a game that has a simple but effective design, with the reels being made out of old wooden beams and the action taking place deep inside a dimly lit mine. Putting your own spin on a mining slot can be a difficult task, but Pragmatic has shown that it is up to the job.

The symbols in the game consists of a mule, a prospector, a lantern, a wooden axe, a torch, and the standard royal symbols. The game takes place on the standard 5x3 grid you can expect to find in most top online slots. Players can expect some good winning potential, with the game being considered highly volatile, with a 4/5 rating from Pragmatic Play. The RTP of the title is a bit on the lower side though at 94.5%.

How To Play Gold Rush 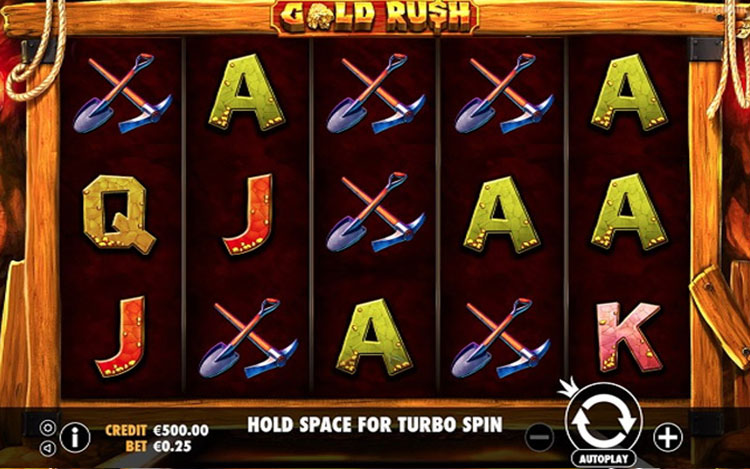 Mining for gold can be an extremely difficult task, but thankfully, playing the Gold Rush slot online is far from that. To start each round, players will need to choose their stake. The title has a big betting range, with minimum wagers of £0.20 and a maximum of £125. There is no need to choose the number of active paylines, as it is set at 25 for each spin.

The title is mobile friendly and will work on both Android and iOS operating systems. The simple design lends itself perfectly to being played on mobile devices, with landscape mode the best way to play it. 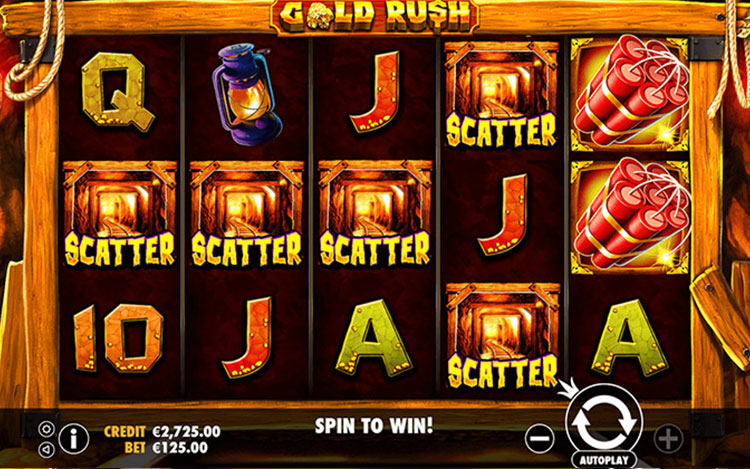 Mining for gold is no easy task - but thankfully, Pragmatic Play has provided you with some useful bonus features that should be able to help you score some good wins.

The main feature in the Gold Rush slot game is a bonus spins round. This is triggered when you land three or more scatter symbols in the base game. Players will initially be rewarded with 10 free spins to start the round.

However, things get pretty interesting in this round. Players can collect golden nuggets to make changes to the reels. Once you start collecting nuggets, the reel will increase ‘level’ and more of the highest paying symbol in the game, the prospector will be added to the reels. Once you have collected 15 or more, you will reach the maximum, which has 30 additional prospector symbols on the reels.

Gold Rush has been a big success for Pragmatic Play over the years, and after playing it at Mega Casino, it’s easy to see why. The slot’s bonus spins round with its additional levels provides players with the chance to score some pretty tasty wins, with extra high-paying symbols really making a difference. Away from this, the game is just a lot of fun to play, it features a solid design, as well as having memorable characters and some easy to use gameplay mechanics.