Yggdrasil is one of the best online slot developers in the industry, with their titles always looking nothing short of fantastic. They have delivered another high-quality outing with the Nirvana slot game. This title takes players into another world, floating high above the clouds with a selection of beautiful goddesses and amazing creatures.

There are three well-designed Goddesses on hand to help players in the bonus rounds, but we will get to that later in this Nirvana review. The game’s 5x3 grid is populated with mythical creatures. This includes a gryphon, a basilisk, a phoenix, and more. All of these have been brought to life with some fantastic graphics.

How To Play Nirvana 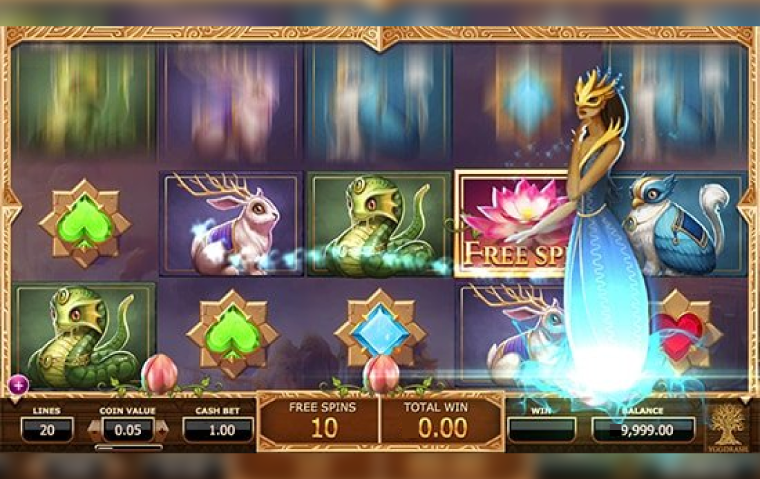 Achieving the state of Nirvana in the modern world is virtually impossible, but thankfully, the slot that shares it name is much easier to get to grips with. The game has 20 fixed paylines and the betting value is determined per line. You can find all of this in the control panel at the bottom of the screen. The minimum bet in the slot is £0.20, and the maximum is £100, giving this a solid betting range.

There are some modest winnings on offer in the slot too. Players can secure a maximum win of 800x their overall stake, with the slot having an RTP of 96.2%, which is a nice number. The slot has been given a medium-high volatility rating from Yggdrasil. Players are able to attempt to land these winnings on both mobile and desktop devices. 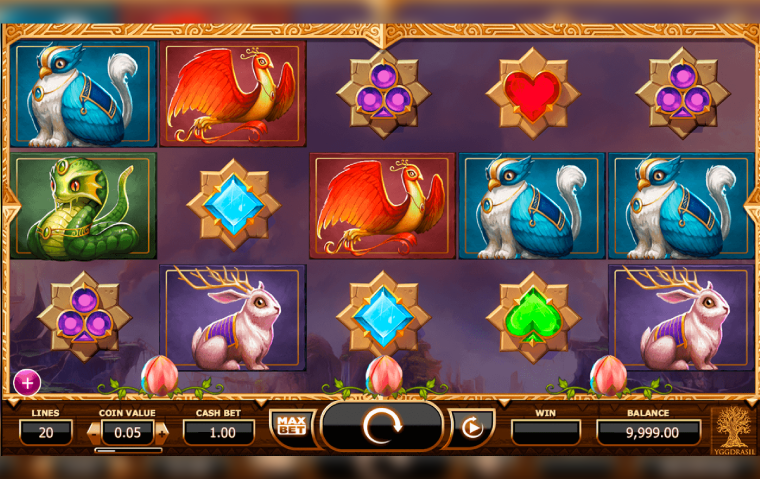 Yggdrasil always likes to show some imagination with their bonus features, and the Nirvana game puts that on display.

Players will want to keep their eyes peeled for the lotus symbol. Landing three of these will launch the slot’s bonus spins. When the round launches, players will get to choose from one of three bonus features -

If players land three or more of the bonus symbol during the round, it will retrigger the spins and players will get an additional feature added. It is entirely possible to have all three bonus features active at one time.

As you have seen throughout this Nirvana review, Yggdrasil has put together an imaginative and fun online slot game. The title has a unique theme that helps it stand out among the Mega Casino slot collection, and it will no doubt attract players with both this and its innovative bonus features.