If you own a television, then chances are you have come across the hugely popular Netflix show, Narcos. The show depicts the story of the infamous drug baron, Pablo Escobar and his quest to evade capture by the DEA. That has now been brought to life on the reels thanks to NetEnt. Does the slot capture the spirit of the show though? We are going to take a look and see in this Narcos online slot game review.

As we saw in the intro to this Narcos review, the game is based on the hugely popular TV show of the same name. The reels are set in Escobar’s native Colombia, with a hazy street fading off into the background.

An almost cartoonish design juxtaposes the violence and chaos caused by the slot’s main character. Escobar makes an appearance on the slot’s 5x3 grid, alongside other characters like DEA agents Javier Peña and Steve Murphy, and Connie Murphy. These are the higher paying symbols, with the poker symbols, piles of cash, and some weapons making up the lower and medium paying ones.

How To Play Narcos 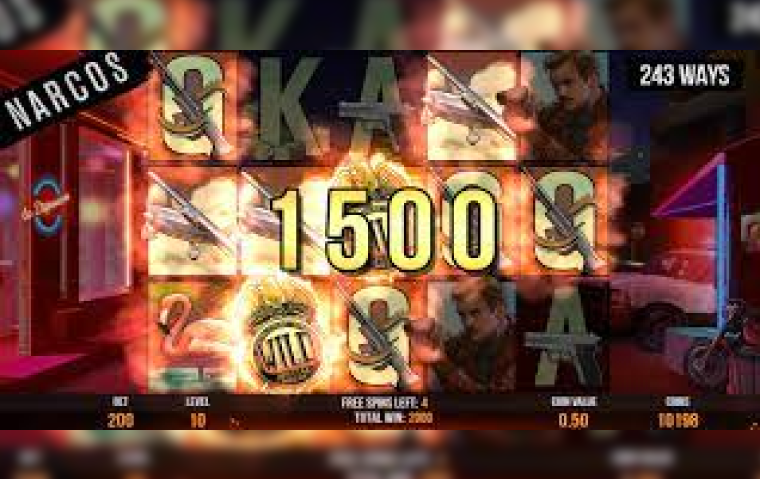 The game’s 5x3 grid offers 243 different ways to win. This is due to a pay any ways mechanics, with wins formed on adjacent paylines regardless of where they fall. The game has a massive betting range, with players being able to bet anything from £0.20 all the way up to £400.

With such a big betting range, the maximum win of 300x the overall stake shouldn’t come as a huge surprise. The slot has an RTP of 96.23%. If you choose to play the mobile version of the slot, then you will find that the entire set-up for the game is the same as the desktop one, with all of the same features being present and correct. 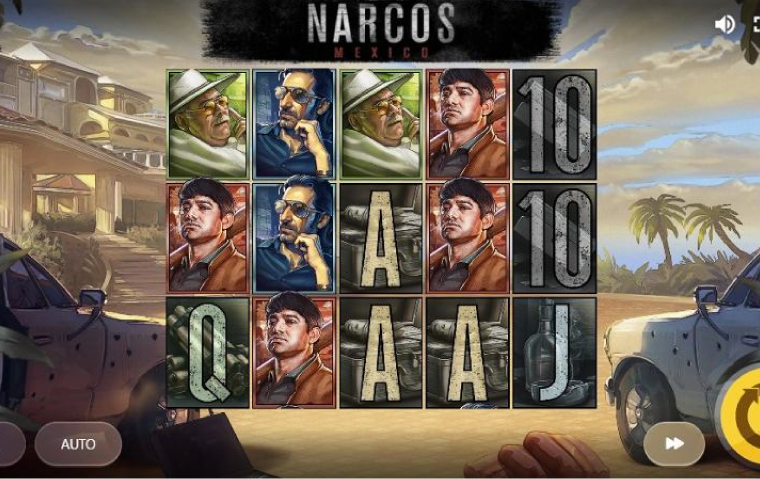 NetEnt has sprinkled in some really nice bonus features to the game to help boost players’ winning chances.

Keep your eyes open for the rusty car symbol. When you land three or more of these, you will trigger the bonus spins round. 10 spins are rewarded. During the round, symbols can turn wild at random intervals, boosting your winning chances.

Speaking of wild symbols. The slot also uses a walking wild mechanic. Whenever wilds are part of a winning combination, they can catch fire and stick in place. For the next spin, they will walk across the reel one place to the left. They will do this on every spin until they fall off.

The Drive-By Feature can be activated on any random spin. When this happens, Escobar and his crew drive by, shooting at the reels and turning random symbols into wilds during a spin.

Fittingly, to trigger the locked-up feature, you will need to land three or more of the symbol that depicts Pablo Escobar behind bars. Three re-spins are then given and the triggering symbols remain in place. When this happens, all other symbols except for locked-up and golden briefcase symbols are removed. Any symbols that land during the subsequent spins are then collected and paid out.

The Narcos online slot game is a fitting tribute to one of the most popular TV shows in recent memory. The game brings the show to life in an exciting new way for players. It is not simply content with offering a good theme though. It also offers a selection of great bonus features. This is one of the most fun TV and film-themed slots available at Mega Casino.