Chinese New Year is one of the most celebrated and colourful holidays on the calendar, and as such, it is the perfect source of inspiration for online slot developers. The theme has been used expertly by Pragmatic Play with the Lucky Year online slot game. This exciting slot pays a fitting tribute to the holiday and all of its traditions by offering players the chance to get their hands on some potentially huge wins.

The Lucky Year slot machine looks very similar to other Chinese and Asian-themed slots. The game has a red background, with gold lining the reels and lights and buntings setting the party atmosphere. The symbols are full of images typically associated with Chinese New Year and celebrations. Players will find a big golden dragon, some firecrackers, drums, and much more. Pragmatic Play has opted for a simple art style that does a good job of bringing everything in the slot to life.

How To Play Lucky Year 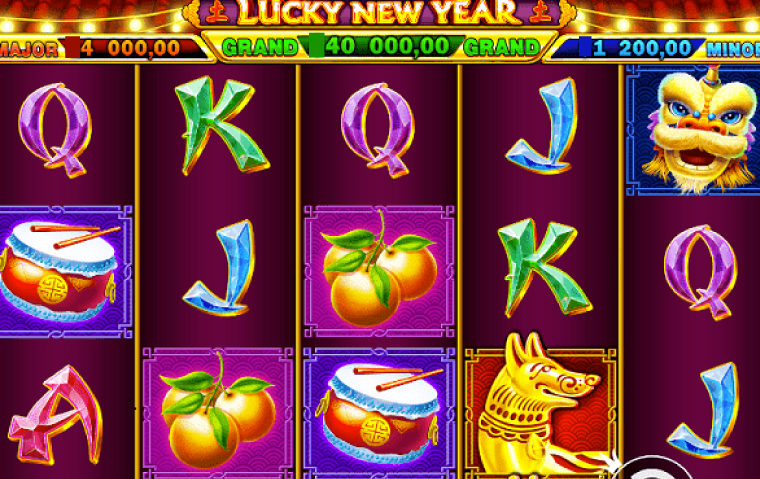 Getting to grips with how to play Lucky Year takes no time at all. The slot opts for a traditional 5x3 structure, with 25 active paylines on each spin. To change the stake in the game, players will need to click on the +/- buttons and then adjust the coins per line, and coin value. The minimum wager is £0.25 and the maximum is £125, giving players plenty of options and control over the way that they play the slot.

Pragmatic Play has developed the slot using HTML5. This means that it runs across different platforms and devices. The game will play on both smartphones and tablets regardless of whether they are using Android or iOS operating systems.

The game has an RTP of 96%, which is the industry average. The maximum win in the slot is the Grand Jackpot, which is worth 1,000x the player’s overall stake. 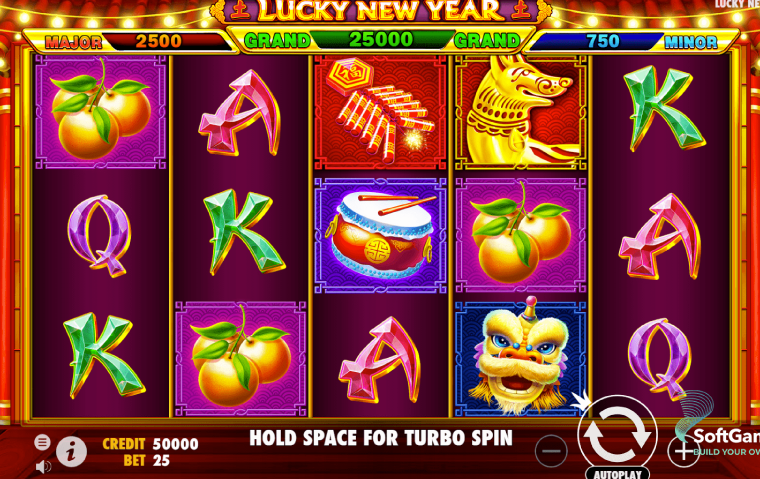 Chinese New Year is all about celebration, and what better way to celebrate than by giving players some great bonus features to sink their teeth into.

During the game, players will see money symbols land displaying cash amounts. When six of these land on one spin, they will stick to the reels and launch the Money Respin feature. The game will then remove all standard symbols and leave just blank spaces and money symbols. Three respins are rewarded. If a money symbol lands, the respins reset. The round ends when no money symbols have landed for three consecutive spins.

Above the reels, players will spot three jackpots. The Grand, Major, and Mini. The Mini and Major can land in the money respin feature and be paid out. These are worth 30x and 100x the player’s stake respectively. The Grand Jackpot is won when players fill the game grid with 15 money symbols in the Money Respins bonus.

With three jackpots on offer and a great re-spin round, there is plenty to like about the Lucky Year slot game. The theme may not be the most original and daring but Pragmatic Play has done a fantastic job of tying it with some fun gameplay and the chance to score up to 1,000x the player’s overall stake. This is one of many top jackpot slots that can be found over at Mega Casino.