Primal Megaways is an exciting Megaways slot from Blueprint Gaming. Blueprint has established a name for itself as a company that offers a ton of great bonus features. Both its standard slots and Megaways titles share this trait, and the Primal Megaways slot game is no exception. This bonus-packed game offers players the chance to win up to 50,000x on both their mobile and desktop. Let’s take a deeper look at the game in this Primal Megaways slot review.

Blueprint Gaming has gone for an interesting theme with the Primal Megaways slot machine. The game is set in the prehistoric era, with a beautiful sunset setting over the top of some mountains in the background. Creatures from this period, including a mammoth, a boar, and others make up the symbols. Fittingly, the game itself takes place on a mammoth size set of reels, with six being active on each spin. The reels can hold up to a maximum of seven symbols, with the Megaways mechanic dictating that on each spin. Don’t worry though, the game still manages to fit all of this onto a mobile screen if you want to take it for a spin when you’re out and about.

How To Play Primal Megaways 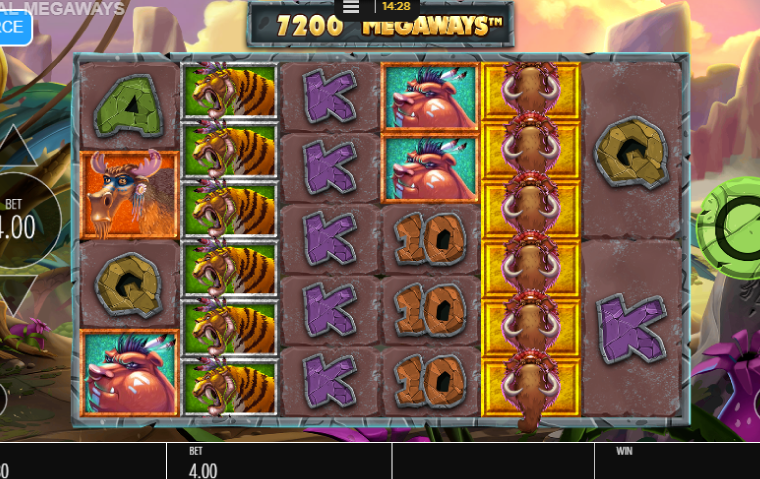 Anyone who has ever played a Megaways slot game before will know the kind of potential these titles offer. The game utilises the mechanic nicely, offering up to 46,656 different ways to win on any given spin. To get the Primal Megaways slot spinning, players will need to select their stake first, with a minimum of £0.10 and a maximum of £10. This is quite a small betting range but it is the kind that players should expect from a slot with so much winning potential.

The underlying numbers for Primal Megaways are very impressive. The slot is highly volatile and offers 50,000x the player’s overall stake as a maximum win. Needless to say, this is the kind of number that is going to grab the attention of a lot of players. It also has an RTP of 96.76%, this is definitely among the higher ones you will find on a Megaways slot. 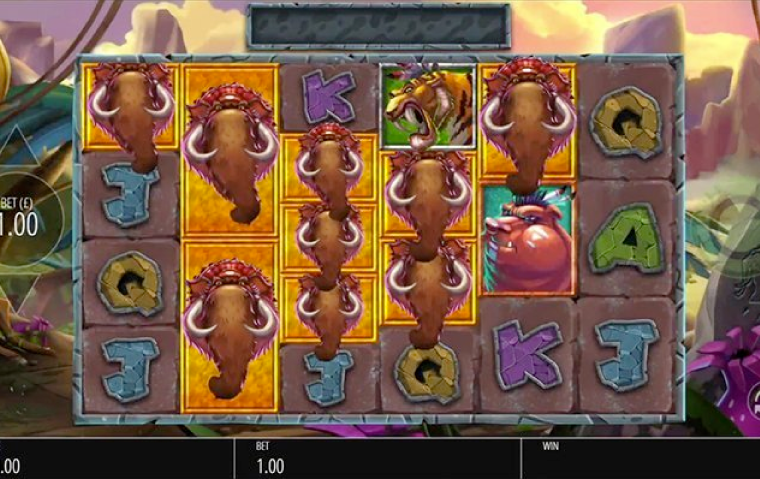 As always, Blueprint Gaming has not cut any corners when it comes to its gameplay. The Primal Megaways bonus features are where the slot really makes a name for itself, offering some seriously big winning potential.

Blueprint Gaming has knocked it out of the park with the Primal Megaways slot game. The Megaways formula has helped to revolutionise the world of online slots, and the Primal Megaways slot takes full advantage of the mechanics. The game packs some serious punch when it comes to winning potential, with the bonus spins round offering some huge payouts if players can land some of the big multipliers. This is a truly great Megaways slot that we recommend playing over at Mega Casino.