The original Book of Dead slot game from Play’N Go has created quite the legacy for the company, so it is only fitting that another title that borrows its popular gameplay mechanics is called Legacy of Dead. The popular game features players exploring an Egyptian tomb in the hope of getting their hands on some riches. What other treasures might these tombs hold though? Let’s take a look in this Legacy of Dead online slot review.

Like similar-themed titles from Play’N Go. The Legacy of Dead slot finds players inside a grandiose Egyptian tomb, presumably one reserved for a pharaoh. Its golden displays of extravagance surround the game’s 5x3 grid, with a fun Egyptian style soundtrack playing over the top as you spin the reels.

The symbols in the slot feature an array of Egyptian Artefacts, with a burial chamber offering the biggest win in the slot of up to 1,000x the overall stake. The game also features a Pharoah on the reels as well as Anubis, the Egyptian God of Death.

How To Play Legacy of Dead 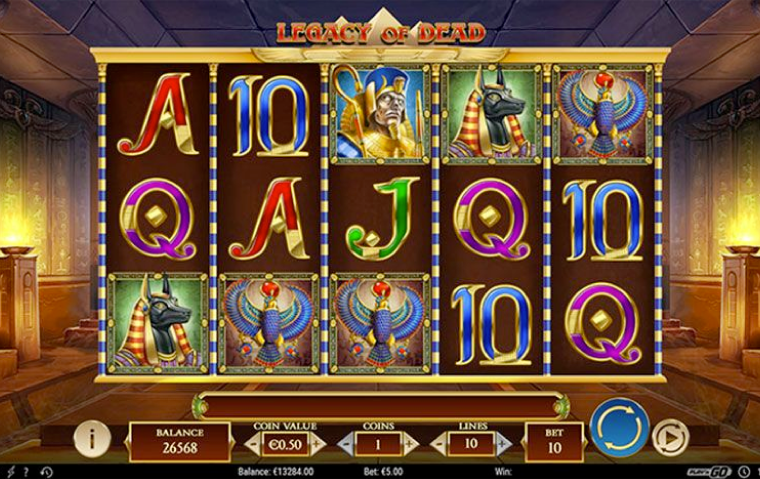 Play’N Go loves to make easy to play slot games, and Legacy of Dead is no exception. Players can access the game by choosing the number of paylines they want active, as well as their coin value and bet level. There are 10 adjustable lines, with a minimum bet of £0.01 per line and a maximum of £2. With the bet level up to 5 and all lines active, the maximum bet is £100. At bet level 1, with all lines active, the minimum is £0.10.

The slot boasts a strong RTP of 96.58%, putting it above the average and no doubt appealing to players. Play’N Go has also optimised the title so that it works on smaller screens. The Legacy of Dead mobile slot looks identical to the desktop version, just more condensed. The best way to enjoy the slot is to turn your phone to the landscape setting. 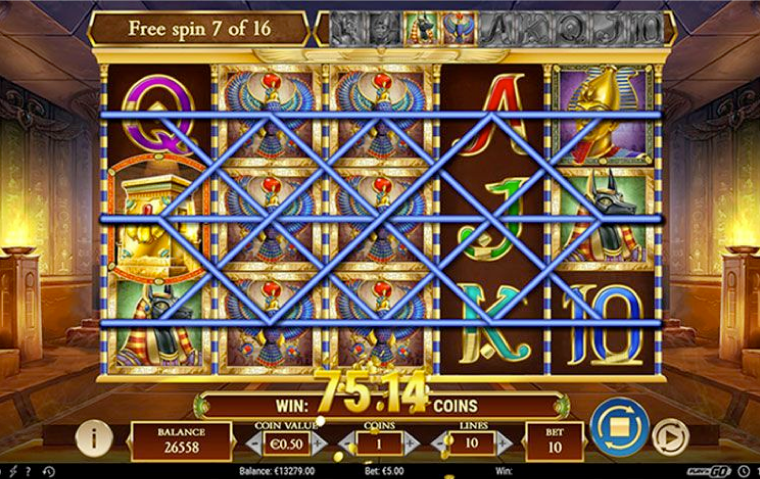 There is just the one Legacy of Dead bonus feature, and anybody who has ever played any of the previous ‘Book Of’ titles will instantly recognise it.

Whenever players land three of the Legacy of Dead scatter symbols, they will enter the bonus spins round. At the start of the round, a symbol is selected at random, and this will appear as an expanding symbol on the reels throughout the spins. In theory, the expanded symbol can fill the entire reel, leading to some of the biggest payouts. The slot caps win at 250,000 coins, which works out at around 6,250x the overall stake if you are playing with all 10 lines active. The bonus spins will play out at the bet level and stake that they were triggered at.

The ‘Book of’ style titles have been a huge success for Play’N Go, and it’s easy to see why. Legacy of Dead is not only incredibly well-designed and simple to play, but it boasts some top winning possibilities thanks to the bonus spins and expanding symbols. Those who are fans of the Egyptian genre and the ‘Book of’ style gameplay mechanics should check this one out at Mega Casino and see what it has to offer you.