Fans of online poker will be very familiar with the Jacks or Better poker variant. This version of the classic table game is one of the most popular around and is also known as Draw Poker by some players. The Jacks or Better game from Playtech is one of the most played versions of this variant and we have taken an in-depth look at everything that the game has to offer in this review. Pull up a seat at the table and place your stakes as we look at what kind of hands this game delivers in this Jacks or Better review.

As with most online card and table games, the visuals have been kept nice and simple with the Jacks or Better online game. The name of the game as well as a paytable are displayed above the cards. Five cards are dealt each turn and these are revealed to players with simple animation. This is not a game that is concerned with being particularly flashy, with Playtech opting to put the focus fully on the gameplay.

How To Play Jacks or Better 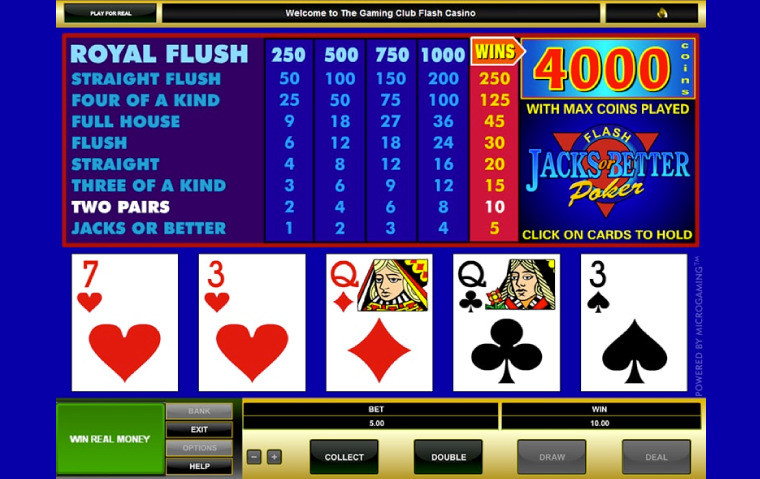 The aim of Jacks or Better is the same as the aim of any game of Poker - to form the best possible hand to win the game. In this version of the game, players are not playing against other players, with the game dealing them cards. Players simply have to select their stake, hit the Deal button, and see what the deck has in store for them.

Players need to choose their stake before they play. The minimum available in the game is £0.01 and the maximum is £5 per coin. Players must wager five coins per turn so the limits are £0.05 and £25. This is a modest betting range that will appeal to most players.

Each round consists of two turns. The first is the deal and the second is the draw. After the first hand has been dealt, players can click on cards in order to hold them in place for the draw. This gives players some control over the way that the game is played out and allows them to apply some strategy.

The RTP in the Jacks or Better game sits at a strong 98.45%, which is definitely going to grab the attention of some players. It is also possible to try out the Jacks or Better poker game on your mobile device. A maximum win of 800x the stake is available regardless of what device the game is being played on. 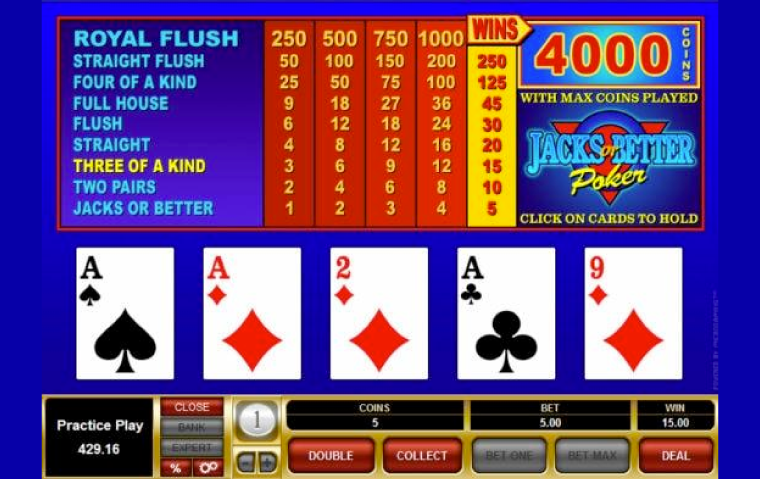 Playtech is not concerned with offering bonus features for the Jacks or Better game. Instead, it wants players to put their poker skills to the test with its engaging base gameplay. Some people would see the Jacks or Better element of the game as a bonus in itself, with players breaking even if they land a pair of Jacks in their hand.

Fans of the Jacks or Better variant of Poker are going to really enjoying playing this offering from Playtech. The game keeps things simple and accessible and it isn’t bogged down with bonus features. While in a slot this would be considered a bad thing, in a game of poker, players generally prefer to keep things basic.