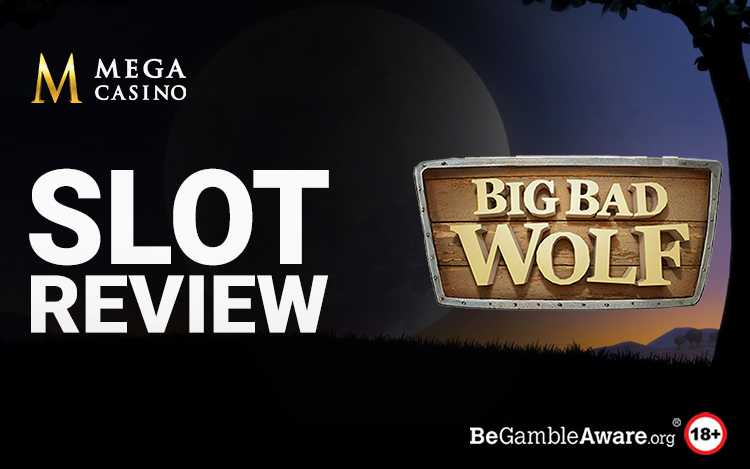 Quickspin has a range of top titles under its belt, but few are them as well known as the Big Bad Wolf slot game. The title is based around the story of the three little pigs, and it puts a lot of focus, as its name may suggest, on the Big Bad Wolf character. The game has become well-known for its charming graphics and unique features. In this Big Bad Wolf review, we are going to take a look at everything that makes this slot so special, and what has helped it huff and puff and blow away the competition over the years.

The Big Bad Wolf slot takes place out in the middle of a farm, with the three little piggies all living their life peacefully inside a barn. That is until the titular wolf decides to appear and, as he so often does, attempt to blow their house down.

The game reels are set inside the barn itself, with five reels and three rows making up a slot that is fairly conventional from a gameplay perspective.

How To Play Big Bad Wolf 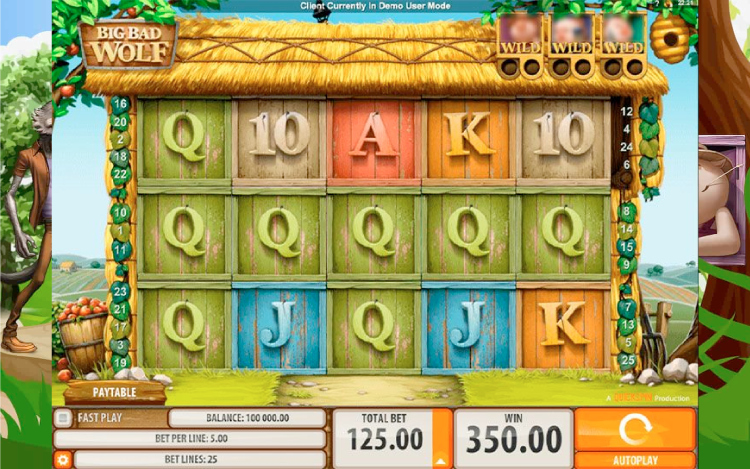 As we’ve mentioned in this Big Bad Wolf slot review, there is very little about this title that is complicated. The game has 25 fixed paylines, with players being able to play for as little as £0.25, up to £100, which is likely to please players on both ends of the budget spectrum.

The game is mobile-friendly and looks great when being played on a smaller screen. All of the title’s bonus features make the transition effortlessly, with the game running smoothly on Android and iOS operating systems as well as most popular browsers.

The winning potential in the game is strong. It has an RTP of 97.4%, which is one of the higher offerings from Quickspin. It is rated as medium/high when it comes to volatility. 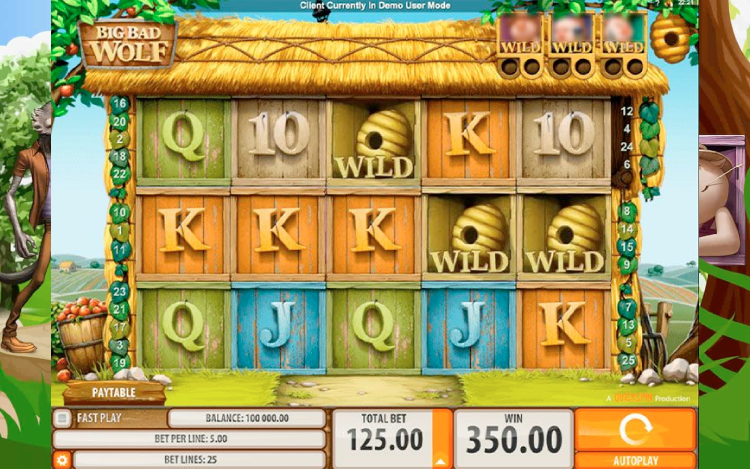 The Big Bad Wolf may sound mean, but he actually plays some key roles in the game and is heavily linked with the bonus features.

The Swooping Reels feature is probably the first one you are likely to notice when you’re playing. Whenever you score a win in the game, the winning symbols are blown off the grid and new ones fall into their place. This will continue to happen if more winning combinations are formed.

Whenever you manage to land two consecutive wins in the game, one of the three pigs symbols will turn wild. If you can land six consecutive wins, then all three of the pigs will be wild and the winning potential of the game seriously increases.

As we’ve mentioned, the Big Bad Wolf isn’t all bad. Landing three of his scatter symbols will reward players with 10 free spins. It is possible during the free spins round to land more spins. The Swooping Reels feature also remains active during the bonus spins.

Blow Down the House

Old wolfy is once again on hand to help players out with the Blown Down the House feature. Whenever you land three or more moon symbols, the wolf will blow all of the symbols off the reels and a new set will fall onto the grid, boosting your chances of a winning combo.

Big Bad Wolf is one of Quickspin’s most popular slots, and after taking it for a spin here at Mega Casino, it’s easy to see why. The game boasts fantastic graphics, some easy gameplay, and some really unique bonus features. The use of wilds here is particularly enjoyable, while the high RTP is definitely going to appeal to some players. This is definitely a slot worth checking out.