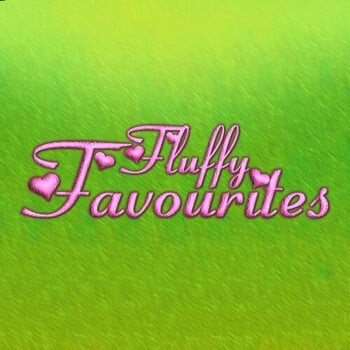 Fluffy Favourites slot game has become one of the most popular online slot games on the internet and now it’s time for you to find out what all of the fuss is about. The iconic title was developed by Eyecon and features all of the hallmarks of a great online slot game.

As well as a beautiful design and some colourful characters, the game also boasts a huge range of bonus features and mini-games that provide players with plenty of different opportunities to get their hands on some extra cash. So what are you waiting for? Spin those reels and make Fluffy Favourites your new favourite online slot game at Mega Casino. Fluffy Favourites is an animal themed online slot developed by the team at Eyecon. The game is set to a backdrop of a bright and colourful green meadow. The game’s reels are occupied by a collection of animal symbols who can help players potentially get their hands on some winnings. They also hold the key to a range of mini-games and special features.

The game has become a favourite among players thanks to its simple gameplay and nostalgic game design. The slot has a classic look and is made up of 5 reels and has 25 paylines for customers to try and win money on.

Fluffy Favourites online slot is more than just a colourful online slot though, the game is also loaded with special features which provide players with plenty of opportunities to win some potentially big prizes.

Fluffy Favourites has become such a popular online slot thanks to its simple and enjoyable gameplay mechanics. Once players have opened the game and selected their stake using the +/- button, the next thing they need to do is hit spin and see what Fluffy Favourites has in store for them. The stake range in the game is 25p to £12.50.

The game has 5 reels and 25 paylines. Players can check the value of the symbols on the reels at any point during the game using the paytable. The symbols in the game are all, as you may have guessed, colourful animals. These include a dragon, a panda, a monkey, a rhino, and several other animals. The highest scoring symbol in the game is the purple hippo. Landing five of these can secure players a nice 200x times their stake.

The game also has a wild symbol. This is the pink elephant, and these can be substituted for any other symbol on the board in order to make up a winning combination. The maximum amount that a player can win when playing the game is a whopping 5,000x their stake.

If you want to put your feet up while you’re spinning the reels and let the game do the heavy lifting, Fluffy Favourites slot online also comes with an auto-play function as well. The world of Fluffy Favourites slot online is occupied by a collection of colourful animals. The animals in the game are all designed to look like teddy bear versions of themselves. Players will encounter various animals along the way including a rhino, a monkey, a dragon, a pando, a duck, some clown fish, and much more.

All of the characters are designed the same way and their simple but effective design has made the game a hit with gamblers everywhere.