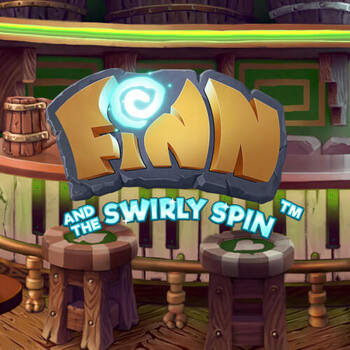 Get ready to take a trip to Emerald Isle with NetEnt’s delightful Finn and the Swirly Spin slot game. In the game, a charming little leprechaun called Finn invites you to spin the reels in an attempt to help him secure some gold. This is no ordinary slot game though. This five-reel, five-row game uses an innovative and exciting new gameplay mechanic that features a swirling spin feature. This dynamic spiral set-up provides the Finn and the Swirly Spin slot with a very unique and exciting feel. The reels of the game themselves are far from what you would expect to find on a traditional slot. The slot boasts a unique spiral design that sees the reels of the game spiral around, instead of rolling from top to bottom like a typical game. To help you get in the spirit of the slot, two traditional Irish folk songs are played in the background, further helping to immerse you in the game’s unique and magical world.

How to Play Finn and the Swirly Spin Slot Online

Finn and the Swirly Spin is one of the most unique games available here at Mega Casino. The game takes everything you knows about online slot games, wraps it up and throws it down a well. Instead of rolling reels, the game’s symbols spiral around a 5-reel, and 5-row grid. Whenever you land a winning combination in the slot, symbols will disappear and the spiral will move again, creating an avalanche effect.

Wins in the Finn and the Swirly Spin slot are not delivered in the traditional way either. The slot uses a cluster-pay mechanic and pays out for clusters formed of three or more symbols. If one of these clusters features a star symbol, then it will destroy all of the symbols around it, causing the game’s avalanche effect to kick in.

It’s not just the unique swirly spin mechanic that the slot has to offer. A little golden key appears on every spin and holds the key to the Finn and the Swirly Spin bonus spins round. If you can get the key to the centre of the game’s grid, then you will trigger the round. To make it even better, there are four different bonus spins rounds that players can unlock! You will need to collect keys to unlock different rounds though, so choose carefully!

The Star Bars bonus spins is the first to be unlocked. They will provide seven spins and during the round, up to 5 extra wilds can be added to the game. The Lava Lair spins give fewer spins but add a sticky wild to the reels, while the Luck of the Irish adds a row of one specific symbol to the reels. Finally, the magic transform spins will change all of two lower-paying symbols into higher ones.

What’s more - these features can all be activated at random on losing spins in the game without the additional bonus spins on top.

Finn and the Swirly Spin can be played here at Mega Casino on a range of different devices including both mobiles and tablets. It can be played for £0.10 up to £200 and it has a return to player of 96.62%.

Meet the Finn and the Swirly Spin Characters The central character in the Finn and the Swirly Spin slot machine is Finn himself. Finn is a mischievous but likeable leprechaun that is on a quest to get his hands on some gold. The character is seen throughout the game sitting beside the reels and playing his tin-whistle. He also makes appearances at different intervals throughout the game, especially during some of the bonus feature rounds.

Finn is not the only character involved in the game. The slot’s wild symbol is a star with eyes that resembles something from the Super Mario gaming series. A sinister-looking dragon also makes an appearance in the game, shooting flames from his nostrils and destroying symbols on the reels.

Finn and the Swirly Spin FAQ