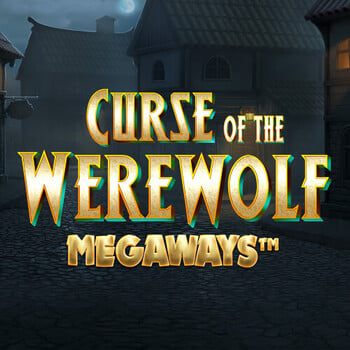 A cold mist drops across the streets of Victorian London, as trouble hides around every corner. The full moon is out and it has brought a terrifying werewolf out with it. Not all hope is lost though, with the game offering players mystical symbols, mutating ones, and some bonus sprint for good measure. The Curse of the Werewolf Megaways slot from Pragmatic Play provides a scary take on the British capital, immersing players into a terrifying but exciting world, and one that is far from the booming metropolis that it is now. Be propelled back in time to a misty afternoon on the streets of Victorian London. It’s daylight but an eerie atmosphere is building. Maybe it’s the lunacy brought about by the imminent full moon. Listen carefully for the distant howls of what is to come.

The symbols are made up of the people who require your protection. It’s London so there’s a tourist, as well as a local, a young maiden, a rather sinister-looking guy perhaps an opportunistic pickpocket, and the big threat - the werewolf. There are also lower-paying symbols made up of card symbols 10 to Ace. This terrifying atmosphere is topped off with an eerie soundtrack and some spine-tingling sounds.

How to Play Curse Of The Werewolf Megaways Slot Online

Pragmatic Play has utilised the Megaways mechanic to great effect in this online slot game. The action takes place across a six reel grid, with up to six symbols being able to be displayed on each. As a result of the Megaways mechanic, the slot offers a mouth-watering 46,656 potential ways to win on a spin.

Getting started is easy. On the far left, you have the menu button where you can select your total bet, the minimum stake is £0.10 and the maximum bet is £100. In this menu, there are also sound options and the ability to turn on battery saving mode. Next is an information button that brings up the paytable, along with game rules and information on how to play. In the bottom right you can find the spin button, flanked by a plus and minus which allow you to make more specific stake settings. Once happy click the spin button to start playing. The maximum win is 40.976x the player’s overall stake with the game having an RTP of 94.5%.

The Megaways grid makes the game feel much bigger but that doesn’t mean it can’t be played on smaller screens. The slot has been adapted to work on mobiles and you can try it out right here at Mega Casino.

Meet the Curse Of The Werewolf Megaways Game Features If you’re going to avoid being hunted down by a werewolf, then you are going to want to have a few surprises of your own up your sleeve. Pragmatic Play has loaded this feature with bonus features to help make sure you survive the night.

The mystery symbol can appear at any size and on any reel during any base game spin. Once they have landed in place they all transform into the same symbols.

When the bonus spins feature is triggered, night falls on our London town and each of the character symbols appear on the left with five lives. The werewolf wild changes to an attacking werewolf. Whenever this happens, he removes a life from one of our characters. When one of them loses all their lives they become a werewolf. Instead of their symbol appearing they appear as the high-paying werewolf. For every transformation, an extra spin is rewarded.

Curse Of The Werewolf Megaways FAQ