On paper, a film about a grown man with a talking bear for a friend should have never worked. Thankfully, films aren’t made on paper and Seth MacFarlane’s Ted movie was so popular it even spawned a sequel. What MacFarlane probably didn’t anticipate was Blueprint Gaming then making an exciting, bonus packed online slot out of the game. The Ted slot game is one of Blueprint’s finest and a great example of how to do justice to an existing property. Let’s take a more in-depth look in this Ted review.

The Ted slot game does a fantastic job of recapturing iconic moments from the movie franchise. The action in the slot takes place in Ted’s living room, with the titular passed out on the sofa after a heavy night. Similar to the Blueprint slot, King Kong Cash, Ted can be awakened from his slumber at random intervals, interjecting and providing the player with some bonus features.

Triggering these features is the key to success, and we will look at them later in this Ted online slot review. The RTP of the game is 95.8% and it can be played on a number of devices, including both phones and tablets.

How To Play Ted 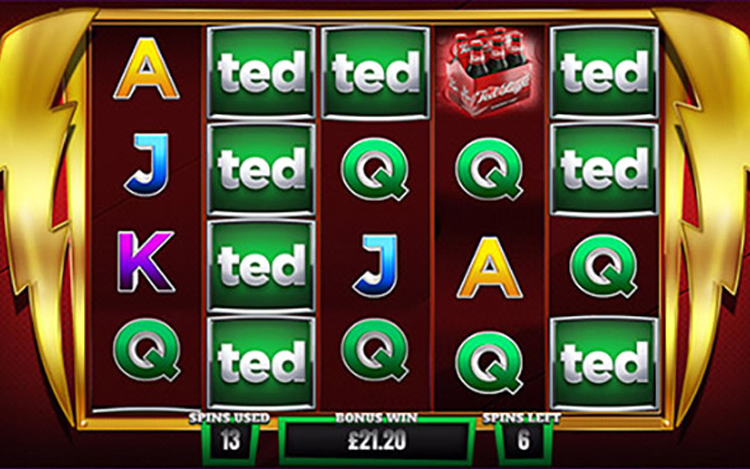 Ted is known for his laid-back approach to life, and that is reflected in the gameplay of the Ted slot online. The title has a standard five-reel by three-row set-up, with 20 paylines being active on every spin. There is a healthy betting range here, with players able to play for as little as £0.20 all the way up to £100.

Ted is a slot that really wants to capture the fun of the movie it is based on, with all of the symbols being based around popular images from the movie, including a bong, a duck, and a pack of beers. 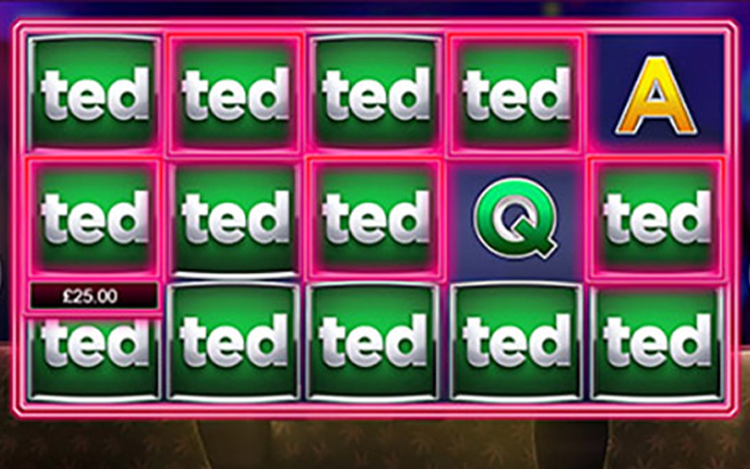 There are a total of 11 bonus features that can be activated when playing the Ted online slot game. Some of these can be triggered at random in the base game, while others require players to land certain combinations.

These features can be triggered in the game on any random spin. Ted will wake up, spring to life, and make some changes to the reels to help you try and score a win.

The following bonuses are all triggered by landing three or more of the Thunder Buddy scatter symbols in the game.

As far as movie adaptations go, there are few as good as the Ted online slot. The title is not only a great take on the source material, but it also posts so many great bonus features that can help players score some potentially big wins. This is definitely a slot worth adding to your play list.