There are thousands of online slots available for players, and as such, finding a unique theme and style for a slot can be incredibly hard work. NetEnt manages to do just that though with the Steam Tower online slot game. This game mixes various elements of the Steampunk sub-culture to make for a fascinating slot. It’s a wide ride that is made even better by some great bonus features. In this unique Steam Tower slot game, we will highlight everything that makes this game so unique and why it is worth taking for a spin.

Steam Tower is based around the Steampunk genre/sub-culture. Steampunk is a unique genre that combines fantasy and sci-fi with the steam-powered aesthetics of the 19th century and the Victorian age. The slot fully embraces this style, with the action taking place on the roof of some sort of Victorian factory, with steam rising from the chimneys in the background. The main character is a moustachioed Victorian gentleman dressed out in classic Steampunk gear.

The slot’s storyline focuses on him attempting to save a beautiful woman from the clutches of a dragon. It makes for quite a unique gameplay experience, with the slot having one of the most memorable themes around.

All of this action unfolds behind a standard 5x3 reel set, with the game having 15 fixed paylines where players can secure winnings.

How To Play Steam Tower 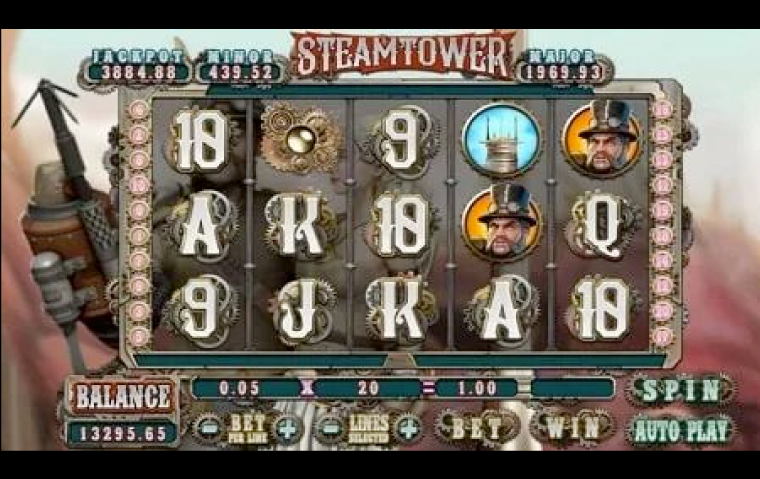 Steam Tower may have a different theme for most other online slots, but the game plays exactly the same. In order to get the game’s five reels spinning, you will need to bet a minimum of £0.01 per line, which comes to £0.15 for the total bet. The highest amount available is £10 per line, totalling £150.

The Steam Tower slot game may be based in the Victorian era, but the slot has fully embraced mod cons. It can be accessed on a number of different mobile devices including both phones and tablets. This covers most major operating systems and mobile browsers.

The slot also has a solid RTP of 97.02%, putting it above the average industry amount and higher than a lot of similar slots. The maximum win is 1,666x your total stake. 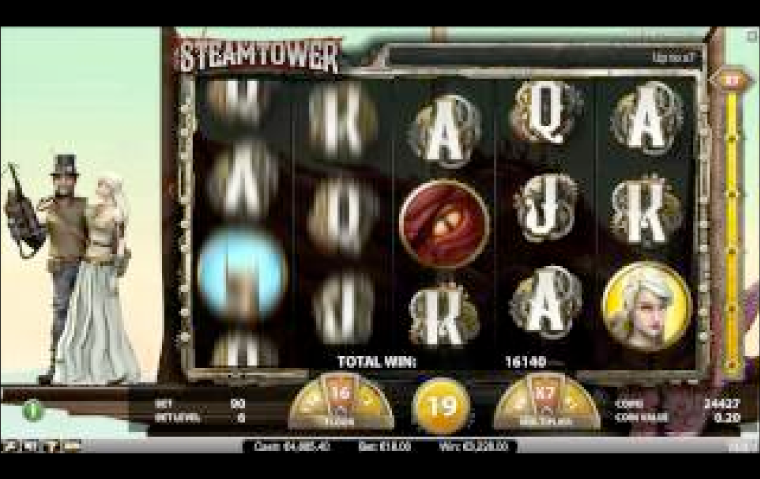 NetEnt has shown great innovation with the design of this slot, and the bonus features follow in the same vein. There are a handful of Steam Tower bonus features available, each of which helps you potentially secure more wins.

Of course, the main bonus is a bonus spins round. This is triggered when you land more than one stacked wild. Players are initially given 10 spins but this increases based on a level system. Every time a wild symbol lands, the level increases and an extra spin is recorded. There is also a multiplier added into the mix. The highest level a player can reach is 16, which comes with the max multiplier being 7x.

The game’s wild symbol can appear stacked. As well as substituting for other symbols to help make winning combos, it also helps to trigger the bonus round.

Steam Tower is a great example of the kind of innovative products that NetEnt develops. It is also an example of the kind of quality you can find at Mega Casino. The game immediately jumps out for its unique theme and visuals but it also deserves recognition for its great gameplay mechanics and bonus features.