At some point or another, we have all dreamed of being whisked away to our own private island; somewhere free of the trials and tribulations of day to day life. Well, you can now live that fantasy virtually through the Lost Island online slot game from Eyecon. This title takes players to a lonely island in the middle of the ocean - one full of surprises and mystery. In this Lost Island review, we will break down the details of the slot including its general set-up, its bonus features, and more.

Eyecon often produces slot games with simple but charming themes, and the Lost Island slot is no exception to this. The game has a basic backdrop, with a solitary island floating in the middle of the sea. It gives the game a calming feel and sets a nice atmosphere for some reel-spinning action.

The symbols on the reels are the animals that inhabit the island alongside some other artefacts. A dopey lion, a funny monkey and a giant bug are all found on the game’s 5x3 reel grid, while other symbols including gold and silver totems imply that there are perhaps other people occupying this mysterious setting.

How To Play Lost Island 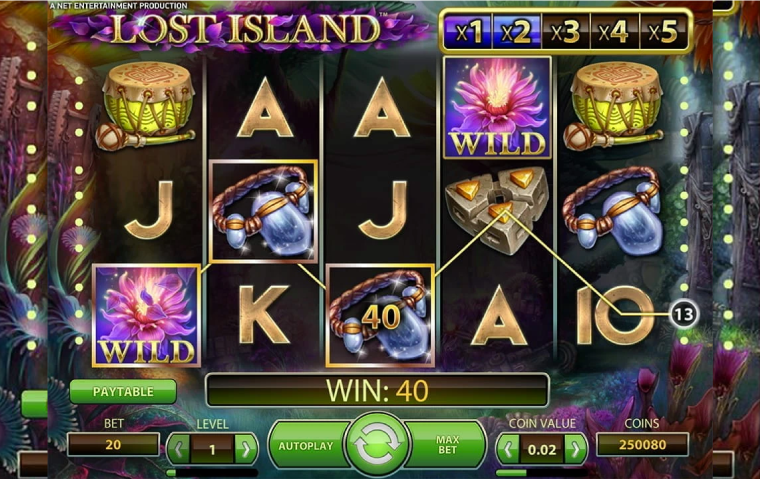 The game has five reels, each containing three rows. Like many Eyecon slots, players are able to choose the number of paylines that are active in the game. There are up to 25 that can be available on each spin. The minimum bet per line is £0.01, while the maximum is £12.50. While you can technically play with just one line active and spin the reels for just £0.01, we wouldn’t recommend it. To get the most out of the game, spin with all lines active. The minimum and maximum needed for this are £0.25 and £100 respectively.

You can also take the Island out and about with you. Eyecon has developed the slot so that it works on mobile devices. Its simple design is best used in landscape modes on both phones. Nothing of the gameplay is lost when making the move. 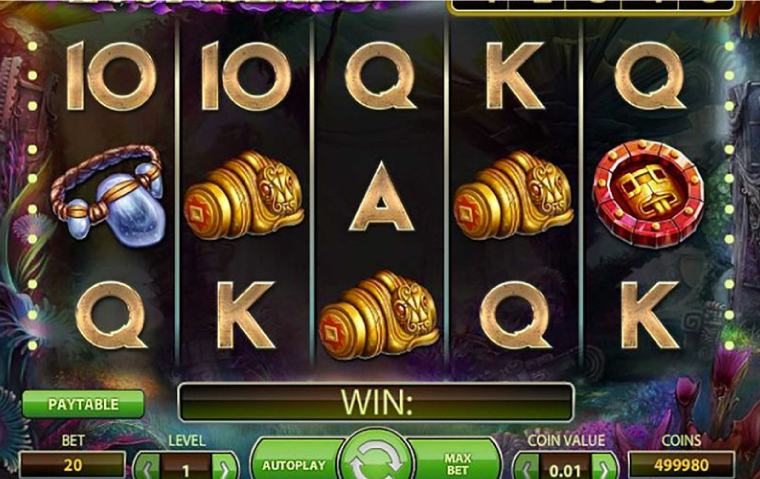 Eyecon tends to keep its games quite basic when it comes to features and that is definitely the case with Lost Island. The title has just one bonus feature, but it does manage to be quite substantial.

The tiki symbol holds the key to success in the game. Landing three or more of them will launch the slot’s bonus spins round. 15 spins are handed out initially but these can be retriggered up to 15 times by landing more scatters. This means players can get a total of 240 spins. To make things more appealing, all wins landed during this round are instantly doubled.

The Lost Island slot from Eyecon may not be reinventing the wheel, but it doesn’t really need to. It’s an easy to play slot game with a fun design that offers some moderate winning potential. Those looking for a low-budget slot to take for a spin should check out the Lost Island slot and other Eyecon titles at Mega Casino today.