Blueprint Gaming invites you to take a trip to Skull Island to hang out with a much more mellow version of King Kong. This fun slot game reimagines the eighth wonder of the world as a chilled-out, presumably retired gorilla who wants to while away the hours drinking cocktails and snoozing. Of course, he still has some life in him though, and he comes to life throughout the game to provide players with some good bonus features and more. Let’s find out exactly what those features are in this King Kong Cash review.

King Kong Cash introduces players to a much different version of Kong from what they know. In this game, the formerly scary gorilla spends his time snoozing next to the reels, only coming to life when he wants to give you a helping hand.

Thankfully, you won’t need much of a helping hand getting used to the gameplay here. The slot takes place on a standard 5x3 grid with 20 paylines. All of the symbols here are funny creatures that inhabit Skull Island including a parrot, a crocodile, and a rhino, among others.

The King Kong Cash RTP is a solid, though fairly unspectacular 95.79%, with the game being considered low-medium volatility.

How To Play King Kong Cash 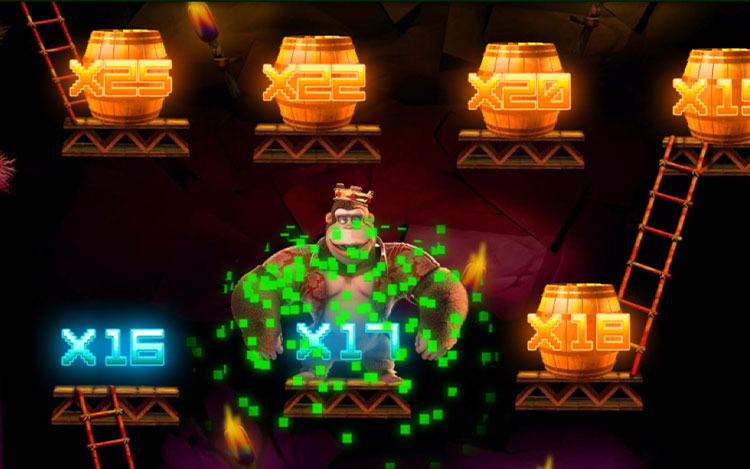 Players can spin the reels in King Kong Cash on both desktop and mobile devices, with the game being fully optimised to work on Android and iOS operating systems. To play the game, you will need to choose your stake, with a low of £0.20 being available, and a high of £500, which should be enough to please both high-rollers and more conservative players like. The slot also comes with a standard autospin feature that allows players to adjust their winning and staking options. 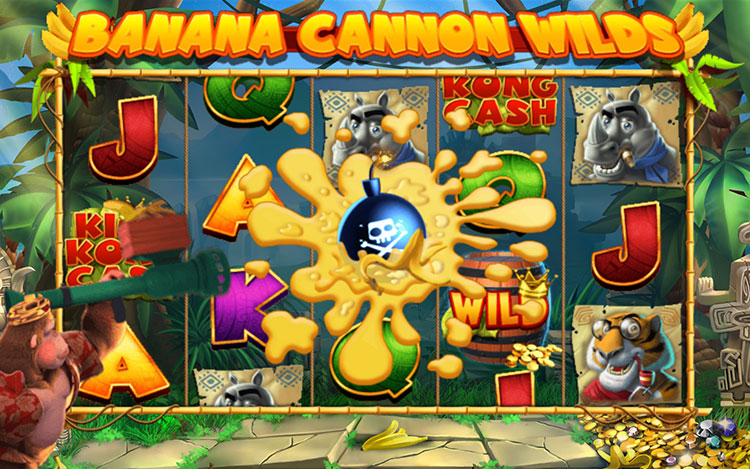 Blueprint Games has gone to town when it comes to the King Kong Cash bonus features. There is an array of bonuses that make adjustments to the reels and reward players with some good payouts.

The first set of bonuses is triggered when Kong randomly awakes from his slumber during the base game.

The other bonuses in the game are triggered when you land three or more bonus symbols. When this happens, you will get to spin a bonus wheel and be rewarded one of five features.

King Kong Cash shows that Blueprint Gaming understands exactly what it takes to make an engaging slot game. This is a slot that is full of fantastic bonus features, as well as an amusing theme and some simple gameplay in the base game. This is one of our favourite slots here at Mega Casino and one that is definitely worth a spin or two.