There are few themes that are quite as popular among slot developers as the Irish. The good people of the Emerald Isle, alongside their myths and superstitions, have long been a source of inspiration for developers. Eyecon takes players on another trip to the country with the not so subtlety titled Irish Luck slot game. The title introduces characters to two little characters, both of which have their own bonuses and bring some luck. Let’s take a look at the game in this Irish Luck slot review.

If you’ve ever spun the reels of an Irish themed slot before, then you will have some idea of what you can expect to find in the Irish Luck slot game. The title is set in the middle of a bright green field, with a golden path leading through the meadow and, of course, a rainbow filling the sky. There are also plenty of gold coins spilling out over the bottom of the screen.

The slot is focused on two mythical characters - a leprechaun and a fairy, both of which make frequent appearances during the game and are on hand to provide a little bit of help from time to time. The slot wouldn’t be complete without a little Irish jig in the background designed to help keep your spirits up.

How To Play Irish Luck 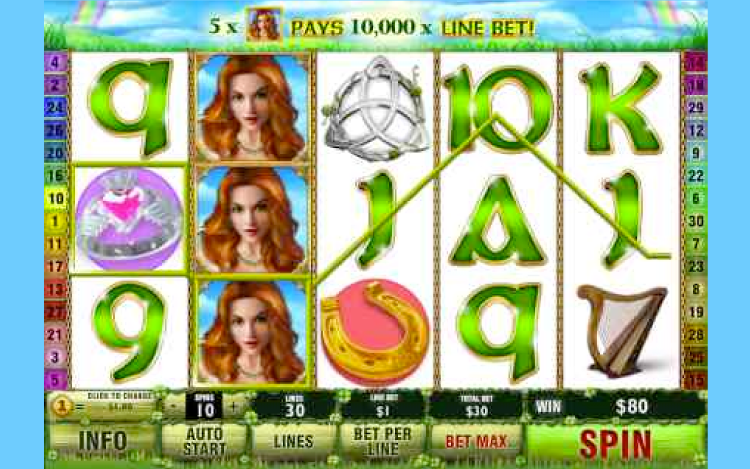 The set-up for the Irish Luck slot game is fairly standard. The game can be played for anywhere between £0.25 with all paylines active up to £12.50. This will give you access to all 25 paylines across a 5x3 grid. The paylines are adjustable, so if you feel like playing for just one pay line, then you can.

The game is also available to play on mobile devices. The charming and colourful design of the game lends itself well to mobile play, and all of the game’s main features are kept in place. The RTP of the slot is a fairly average 95%, with the maximum payout being 3,000x your line bet. This is for securing the letters that spell IRISH in one spin. 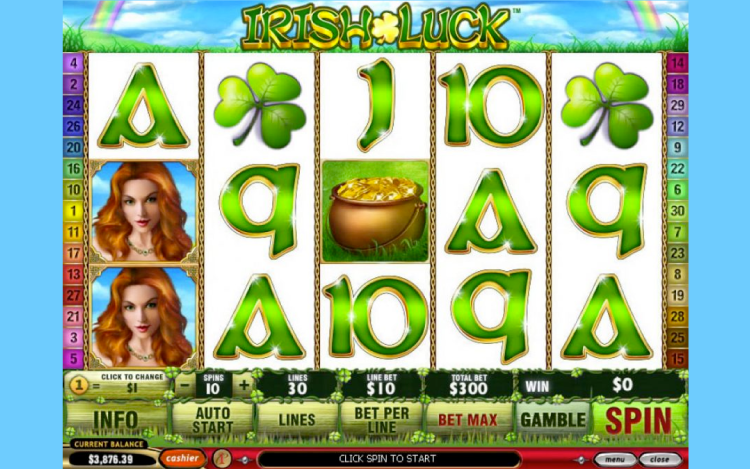 The two aforementioned characters make an appearance in the game to help players in the Irish Luck bonus round. Each of them has a corresponding round that is triggered when you land three of them.

This is the round that is triggered by landing the fairy scatter symbols. This is a simple pick-me round where players have to pick from a selection of clover leaves displaying prizes. Once they have found three matching ones, they will pay out the amount displayed and the round ends.

The prize pick is the better of the two Irish Luck bonus offerings. This is triggered by landing the leprechaun scatter three times. This is another pick-me round, only this time, players get to choose between different prizes and can even unlock some free spins as well.

The Irish Luck slot game is another solid entry in the Irish-themed slot genre. The title has a simple but colourful design that really immerses players into the Irish world, and it avoids some of the trappings of other Irish slots. Of course, it is not without its cliches but the bonus rounds here, especially the prize picks do help make up for a lack of originality.