The Foxin Wins slot from NextGen takes two popular slot themes and mixes them together in a new and unique way. The game focuses on a fox as he attempts to get his hands on a sneaky little leprechaun. It’s a novel idea and one that the developer has really done a fantastic job of bringing to life. Is the slot any more than just a fun theme though? Let’s break down its various elements in this Foxin Wins review and find out.

The titular fox in this game is far from the sneaky, cunning variety that we see in many slot games. Instead, he lives in a giant, sophisticated mansion and is often seen in his waistcoat looking the part. Not all is well in this upper-class setting though, with a sneaky leprechaun running around and trying to get his hands on the fox’s riches.

It’s a unique theme and one that NextGen has really doubled down on. It creates a charming and enjoyable setting that makes the slot a lot of fun to play.

How To Play Foxin Wins 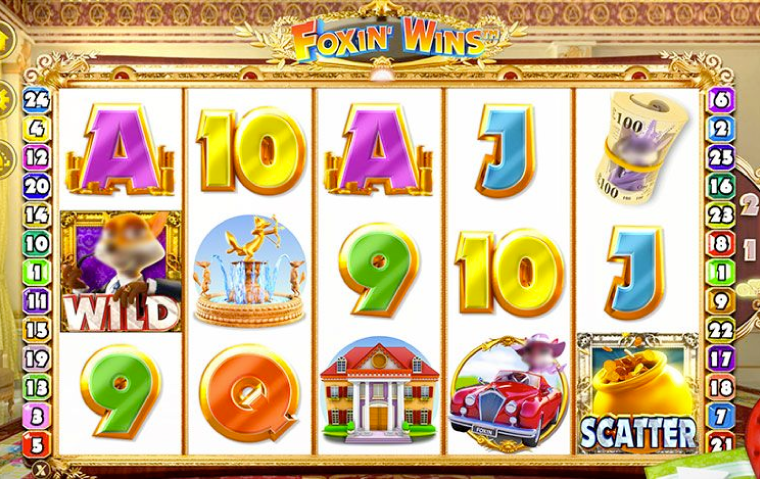 The Foxin Wins may slot may have a quirky design, but it keeps things conventional with its gameplay and set-up. The action takes place across five reels and three rows, with 25 active paylines on each spin.

To get the party started, players need to choose their stake. The minimum line stake is £0.01, totalling £0.25, and the maximum is £25 per line, coming in at a high £625. This is a huge betting range that is going to appeal to both higher-rollers and more conservative players alike. The maximum win here is 9,136x the overall stake, which is impressive when you consider the betting range of the slot. The RTP sits a little lower than average at 95.22%.

There is also the option to use the Superbet feature. This allows players to wager more money on a bet in exchange for the addition of extra wilds to the reels. This gives players some control over the way that the game is played.

NextGen has also made it possible for you to enjoy this delightful setup on mobile devices. The game is fully optimised to work on both Android and iOS and can be supported on different mobile browsers. 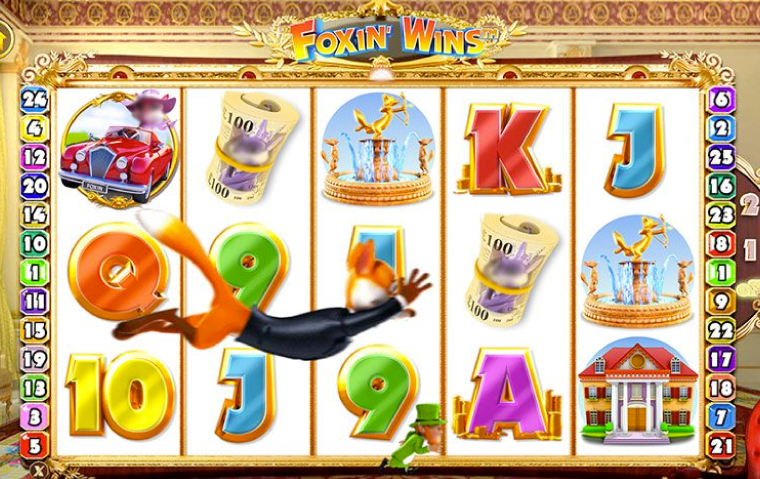 Catching a leprechaun is a notoriously difficult task, but NextGen has made sure you have plenty of tools at your disposal to help out.

The pot of gold symbols left on the reels by the leprechaun are the key to the Foxin Wins bonus spins. To trigger the round, players need to land three or more of them. Ten spins are then rewarded, with any wins secured during these being instantly doubled.

There are two bonuses that can be triggered at random in the game. The Leprechaun Shakedown bonus sees you finally catch the leprechaun and shake him down for prizes, while the Fox Funds allows players the chance to boost their winnings following a successful spin.

Foxin Wins is a hugely enjoyable online slot from NextGen. While it may not reinvent the wheel, the theme feels fresh and different and it really improves the gameplay experience. The bonus features really complement the gameplay nicely and the slot also boasts some good winning potential. This is one of many NextGen slots that is well worth taking for a spin at Mega Casino and one that we would highly recommend.