Microgaming invites players to embrace their inner animal when they spin the reels of the Cool Wolf slot game. This uniquely themed slot game takes players back to high school where they will be greeted by the titular Cool Wolf. As well as a cool theme, there are also plenty of bonus features for players to sink their fangs into. Let’s take a bite and find out more in this Cool Wolf online slot review.

Cool Wolf stands out for its cool 1980’s high school-inspired theme. It takes its inspiration from the hugely popular Teen Wolf franchise, with the titular character, as well as some other characters making appearances on the reels. There are five reels and three rows in the game and they sit in front of a city at night-time, with palm trees and neon lighting bordering them to help pass off the retro vibe.

How To Play Cool Wolf 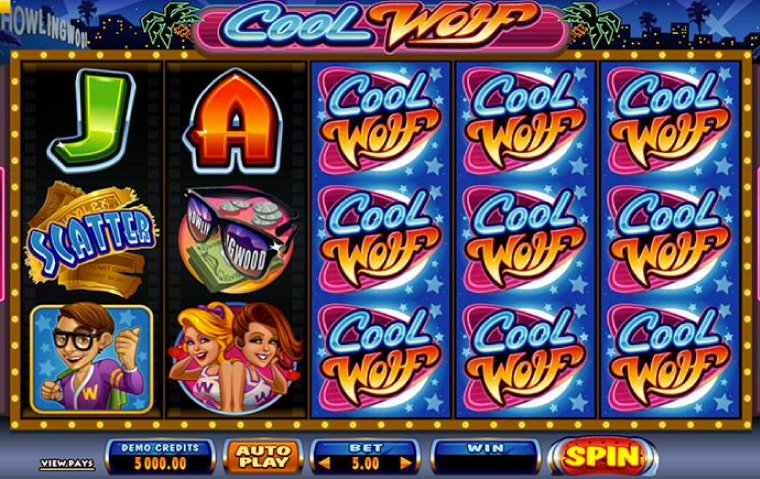 There is not going to be anything in the Teen Wolf slot that takes players by surprise in terms of the base game. Things are kept nice and simple, with players able to wager anywhere between £0.50 and £50. This may rule out players who like to play for low stakes, but there are plenty of other top Microgaming slots you can find at Mega Casino that will fit into this category.

What makes this slot stand out is that it offers players 243 different ways to win on each spin. The game uses a pay any ways structure so that winning combinations will pay out wherever they land on the reels. As well as this, Cool Wolf uses Microgaming's popular Cascading Reels mechanic. Whenever a winning combo hits, the winning symbols are removed from the grid and new ones will fall into their place. The maximum win in the slot works out at around 433x the player’s overall stake, which is a solid number. The RTP of the slot is 96%.

Cool Wolf has been developed with mobile users in mind. The game looks great on mobile devices and you will have no problem getting on it using different browsers like Chrome and Safari. 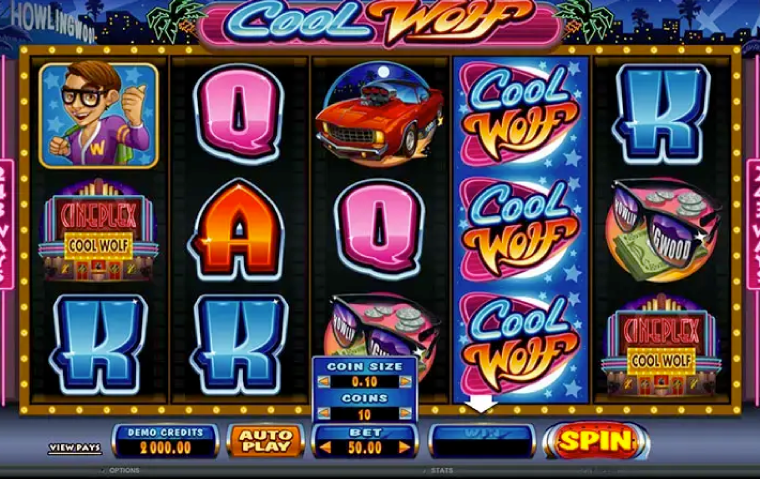 Cool Wolf is a slot that wants to be as cool as possible and no one would think it was cool if it didn’t offer any bonuses. Thankfully, the Cool Wolf bonus features are all really useful and can help boost the game’s winning potential, as well as the overall gameplay enjoyment.

The bonus spins in the slot are launched when players land three or more of the ticket scatter symbols. These are your tickets to the bonus spins, with three giving out 15 spins, four giving 20, and five giving 25. The Cascading Reels mechanic is also active, with a progressive multiplier also being attached. The maximum amount is 10x.

The Howling Bonus is active on any given spin. The game has up to 40 wilds on the reels at any one time. On any random spin, a wild can expand to totally fill a reel, with the titular Cool Wolf making an appearance.

As always, Microgaming makes the most out of its gameplay mechanics and bonus features. The bonus spins, progressive multipliers and cascading reels combine really nicely to help give players some good winning opportunities and plenty of fun gameplay. The Teen-Wolf-inspired theme is also something that feels different and helps this slot to stand out. This is a game we are happy to recommend taking for a spin.