Get ready to hunt down a dragon and ride a unicorn in the Chasing Rainbows online slot game from the team at Realistic Gaming. This adventure and fantasy-themed slot takess players away to a beautiful magical kingdom where they will join an array of magical characters as they attempt to get their hands on riches that await at the end of a rainbow. In the following Chasing Rainbows slot review, we will take a look at how to play the game, the bonus features, its overall theme and design, and much more.

The Chasing Rainbows slot game may have a fantasy theme, but Realistic Gaming has opted to do something quite surprising with the overall theme and design of the game. The reels of the game are set within an old-school slot machine inside some sort of arcade. It’s a novel idea that helps to give the slot a different feel.

The use of a physical slot machine gives the game an old-school feel, and it’s fair to say that the slot is fairly traditional in terms of its set-up. The slot has five reels and three rows, with 20 fixed paylines on each spin.

The fantasy element of the game comes into play thanks to the symbols on the reels, players will encounter a selection of knights, dragons, unicorns, and other magical creatures and mythical characters. The lower-paying symbols are stylising versions of the poker symbols. Players can find the values of the symbols by using the paytable during the base game at any time.

How To Play Chasing Rainbows 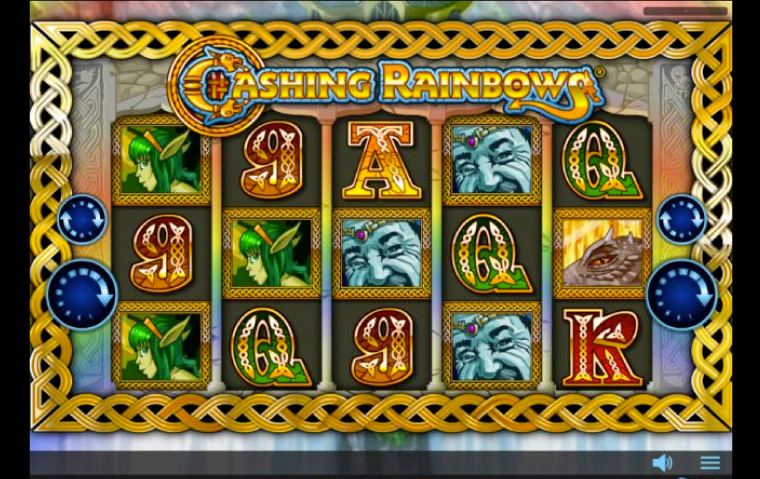 Realistic Gaming has kept the gameplay and set-up for Chasing Rainbows easy. The reels can be set spinning from £0.20 up to £200, giving this is a big betting range. There is a maximum win of 250x the player’s stake available. The RTP for the game is 95.47%.

Things are changed a little when the game moves to mobile devices, with the physical slot machine encasing the slot being removed. The rest of the game is exactly the same though, with the slot functioning on different devices and platforms with no performance issues. 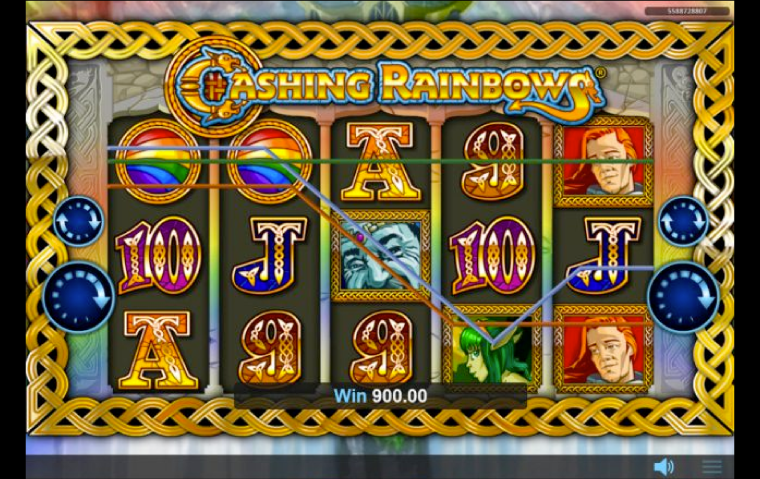 Realistic Gaming wants to help bring some fantasy and magic into the world with the Chasing Rainbows bonus features.

There is just one bonus feature available in the Chasing Rainbows online slot game but it does come with another feature within it, which adds a little bit of spice to proceedings. To trigger the bonus spins, players will need to land the shield scatter symbol on reels 1 and 5 at the same time. When this happens, players will be rewarded with 10 bonus spins. During the spins, any wilds that land on the reels will lock in place for the duration of the spins. This can lead to some of the biggest wins available in the game.

What the Chasing Rainbows slot games lack in bonus features, it makes up for with a fun theme and some easy-going gameplay. The bonus spins round is still strong though, with the locked wilds feature helping to boost the winning potential of the game. On the whole, those who are in the market for a fantasy-themed online slot game will find plenty to enjoy here.