Nothing has quite shaped the world of online slot gaming like fruit machines. Fruit machines, or fruities as they are affectionately known, helped shape every single slot game on the internet. As such, many developers decide to pay tribute to these original machines with their slot games. One such example of that is the 40 Super Hot slot game from EGT Interactive. This title offers a progressive jackpot, a selection of features, and more. Let’s look at all of it in this 40 Super Hot slot review.

Fans of EGT Interactive are going to instantly recognise many of the design features in this slot. That’s because it is a follow up to the popular 20 Super Hot title by the same company. Like its predecessor, the 40 Super Hot slot game uses a retro theme to immerse its players in the gameplay.

The whole slot is designed to feel like an original fruit machine, complete with sound effects and old-school symbols. These include cherries, grapes, watermelons, and, of course, a lucky number 7. These symbols can be found on a standard 5x3 set-up.

How To Play 40 Super Hot 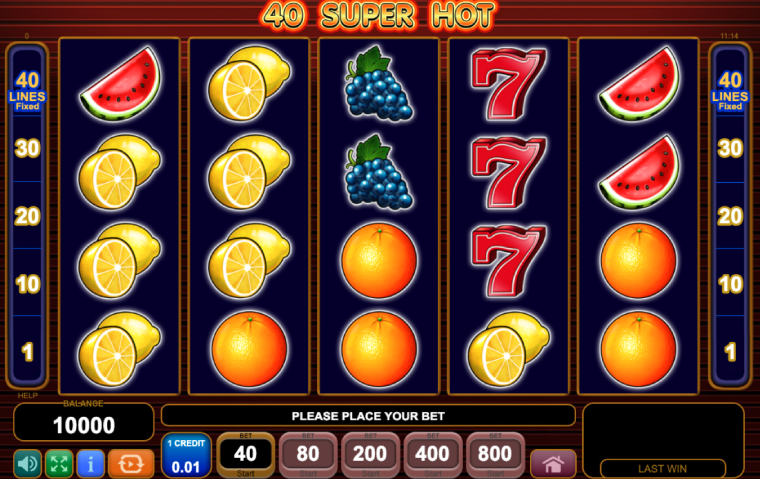 The 40 in the game’s title is a direct reference to the 40 paylines that are active in the game. It sticks with this theme through its betting range as well, with players being able to bet a minimum of £0.40 and a maximum of £800. This is a very big better range and it is definitely going to appeal to higher-rollers.

Adding some appeal is the game’s 20,000x the player’s stake maximum win. The slot has an RTP of 95.81%, which puts it a little lower than average but nothing that is going to turn players away from spinning the reels.

Despite its old-school look and feel, the slot can still be played on mobile devices, with none of the gameplay features being lost when making the transition. 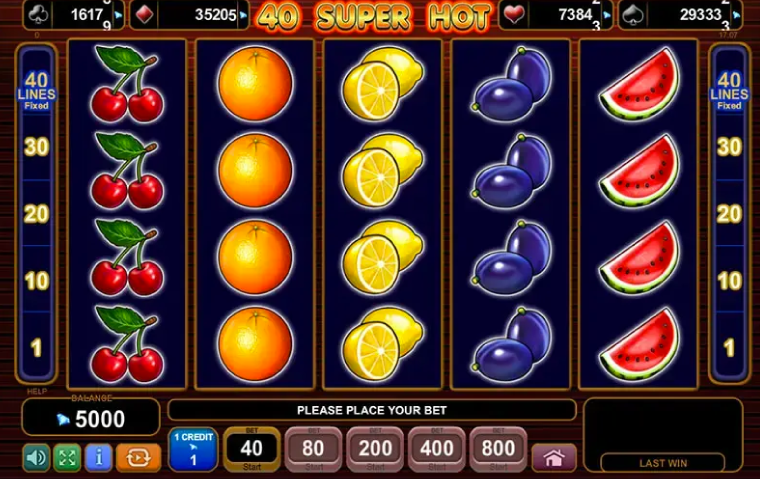 Unsurprisingly, 40 Super Hot keeps things very simple when it comes to bonus features. What it lacks in bonuses though, it does makeup with a big progressive jackpot feature.

This is a fairly standard gamble feature that can be found in many top online slots. This is launched when players land a win. They are given the chance to gamble it by attempting to guess the outcome of a face-down card.

This is the game’s big selling point and it is triggered totally at random. The round features a selection of face-down cards, with players needing to match them up to their respective jackpots in order to get their hands on the biggest win in the game. There are four progressive jackpots that are available for players to win.

Fans of old-school slot machines will love 40 Super Hot. The slot is a great continuation of the Super Hot series, with the title doing a great job of mixing the old and the new. Those who aren’t keen on fruit-machine titles may not enjoy the lack of bonus features here, but the progressive jackpot feature is likely to win them back around. Overall, this is a really fun online slot and one that retro fans should definitely take for a spin at Mega Casino.