How to Play Online Roulette: Everything You Need to Know

Basics of Roulette: A Quick Guide

Roulette is one of the oldest and most popular casino games in the world. The game of roulette dates all the way back to 17th Century France and has only continued to grow in popularity since then. The game has gone through many variations and has remained a casino favourite regardless of what country or time period it is being played in.

For those who don’t know, roulette is a very simple game to play. A ball is dropped onto a spinning reel surrounded by numbers, and a player must choose where they think the ball is going to land. The most common form of roulette that is played today is online roulette. Any online casino worth its salt will offer a variety of different roulette games for its customers to try their luck at.

The two most common types of roulette you will find at an online casino are European Roulette and American Roulette. The major difference between these two variations is the total number of numbers present on the wheel. A European roulette wheel has 37 numbers on it while an American one has 38.

Both of the wheels have the numbers 1-36, with 18 red on it and 18 black. European Roulette wheels then have one green zero on them, while American ones have two. Outside of having a different aesthetic, as a result, this also affects the house edge significantly. The house edge is higher on an American Roulette wheel than on a European one.

Understanding Inside Bets and Outside Bets

There are two main types of bets you can place in roulette - inside bets and outside bets. The most common type of bet that most people will place are outside bets. Outside bets offer players lower odds with lower payouts and are placed on a broader range of numbers, while inside bets have higher odds and offer bigger payouts as they are much more specific.

In outside bets, players choose from a certain range of variation of numbers. These bets include red/black, high/low, 1-18/19-36, odd/even, and column bets.

Inside bets are numbers based on a much smaller range of numbers, right down to individual numbers. These have a much higher payout but a much lower chance of hitting the specific number. They include Straight-up, Street, Split, Corner, Six Line and Trio.

One of the reasons for the enduring popularity of roulette is that it is an incredibly simple game to play. You place your bet on the number or numbers that you think the ball will land on, spin the wheel, and find out if you’re in luck. Just because the game is simple to play though, doesn’t mean that there aren’t some general guidelines that you should pay attention to when you are playing the game.

Understand the odds before placing bets

This one sounds like a no-brainer but it is something that many players will often neglect. Before you place any bets on a roulette wheel, you should understand exactly what the odds are, what and what your payout will be. If you are unsure of what the odds of a certain bet are, then you should consult the game’s paytable before wagering your stake.

Roulette can be a really fun game to play. Despite the fact that players have no say in the outcome of the spin, they can still enjoy the game by trying different betting systems and seeing which one you enjoy the best. It is important to remember, however, that there is no betting system that will guarantee you a win in roulette and that you should always gamble responsibly.

When most people think of roulette, they think of the classic take on the game. The 37 number European roulette wheel is the first image that comes into most people’s minds but there are plenty of other popular versions of the game available.

As well as American Roulette, which is the closest you will find to European, there is also French Roulette, Mini-Roulette, Multi-Wheel Roulette and various other versions of the game available at online casinos. Each of these has its own set of pros and cons and casinos are constantly thinking of new ways to reinvent the wheel.

Combination bets, as their name might have given away, are bets which you place on a range of different numbers. These are going to cost more as these are several bets being placed at once but they also do provide you with a bit of variance compared to placing a single bet.

The smartest online gamblers are the ones who know when to stop. The most successful players are the ones who manage their bankroll well and never risk anything that they couldn’t afford to lose. Knowing when to walk away from the wheel is the most important skill that a player can develop.

Remember there is no bulletproof roulette tip

The internet is full of advice on how to beat the roulette wheel and walk away with loads of money but the reality of the situation is that there is no concrete bulletproof way that a player will walk away from a game of roulette with more than they walked in with.

The most important advice that a player should pay attention to is the previously mentioned advice of never betting what you can’t afford and always gambling responsibly. 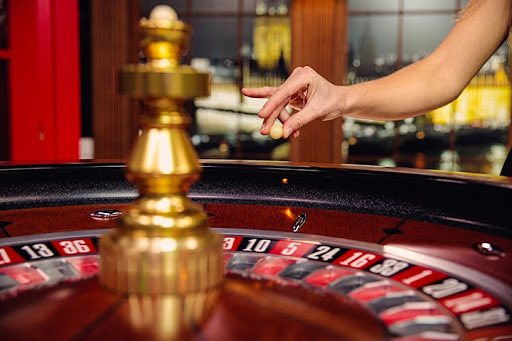 For decades, roulette players have tried to master the perfect strategy for winning big when playing the game. While there is no guaranteed approach for how to win at roulette machines or tables, there is a range of popular methods which can all be useful to players in their own unique way. These are merely methods of playing the game and in no way guarantees any outcome. The following are some of the most popular methods that people use in playing roulette.

The Martingale Method is perhaps the most popular around. The method works on the idea that a player keeps doubling up whenever they lose until they win again. The strategy is often touted as being one of the most logical but it is not without its flaws.

This method is rarely used by experienced players and is seen as being incredibly risky. Of course, it does appear to be logical, but there is no guarantee that you will ever win a spin and as such, the amount you are gambling can soon become very high.

The D’Alembert Roulette Method is perhaps the second most popular type of roulette method after the Martingale Strategy. The two methods share a similar concept, which is that you increase your bet after a loss until you win. With the D’Alembert Roulette Method, however, instead of doubling up, you simply add one unit to your stake and continue to increase that way until you score a win.

The Fibonacci sequence is one of the most famous number sequences in the world. In the sequence, each number is the result of the two numbers that came before it added together. For example, the classic Fibonacci sequence goes as follows - 1,1,2,3,5,8,13,21,34 and so on.

When applied to roulette, players follow the same principle as they would in the Martingale Method, only they use the Fibonacci sequence instead. So when they win, they go all the way back to the start of their sequence. This is seen as a roulette strategy that works better than some others but it is still not without its flaws.

When it comes to naming iconic casino players, James Bond is going to be at the top of most people’s lists. The British secret agent is a regular at casino tables and roulette is one of his favourite games. So much so that there is a whole betting method based around the way that James Bond plays.

The James Bond method sees players cover a total of 20 different spaces on the board. The player has some sort of bet on every number other than 1-12 and will make a profit if they land on any of the other numbers on the board. While some people might say that this is one of the most successful roulette method options out there, it can go terribly wrong if you land 1-12 several times in a row.

How to Play Baccarat: For Those in The Know

Playing the Cards Right: The Only Guide You'll Need About Blackjack Rules

Online Blackjack For Beginners: Get To Know The Basics