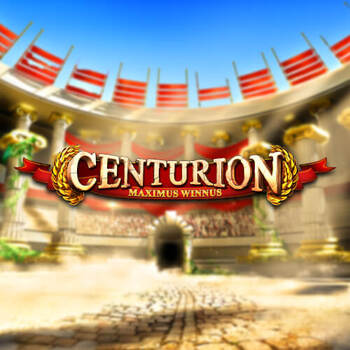 There are few time periods quite as inspiring as that of the Ancient Romans. The Roman Empire has been a source of inspiration for everything from books and films to video games and online slots. Fitting then, that Inspired Gaming should turn their hand to developing a title based around Ancient Rome. The Centurion slot takes players back on an epic journey where they must do battle with the reels in order to potentially win great riches. The Centurion slot game is inspired by Ancient Rome and the warriors who lived there. The slots are set in Rome, which is totally unrecognisable from the booming metropolis that it is today. Instead, there are vast green fields in the background, with the early signs of a city being built on the outskirts of the screen.

The reels themselves sit inside a glorious pair of columns and are populated by classic Roman imagery such as the Spartan helmet, a sword and shield, and, of course, the Colosseum. All of this is punctuated by a strong soundtrack which really captures the glory of the Roman Empire and makes you feel as though you are heading out into battle every time you hit the spin button.

How to Play Centurion Slot Online

Thankfully, you won’t need to bring your sword and shield with you to do battle in the Centurion slot, all you will need is your clicking finger. The action takes place on a 5x3 grid with 20 active paylines on every spin.

The Centurion slot is playable from a minimum of £0.20, and a maximum of £250. Selecting your stake is easy, with players being able to adjust the stake using the +/- buttons underneath the reels. You can then get the action started by hitting the green spin button. There is also an autoplay option where players can get the game to take up to 100 spins for you as well as setting a custom loss limit.

Ancient Rome may be a long time ago, but that doesn’t mean that the Centurion slot hasn’t kept up to date with mod-cons. Players can access the Centurion slot online on a number of different devices including both mobiles and tablets.

The RTP for the Centurion slot is 95%, and the game has a maximum win available of 1,000x your total stake. The Centurion slot arms its players with a big selection of bonus features to make sure that they are ready to head into battle.

Players can access four different bonus features through the use of the bonus feature wheel. Landing three scatters will give players a spin of the wheel and they will then get one of the following:

Prizes on Parade - This is a simple pick-me game. There will be four soldiers with prizes and multipliers flashing and players need to stop the one they believe to be the highest.

Road to Rome - This is a trail game where players advance along a road to Rome, unlocking multipliers and bonuses along the way.

Wild Power spins - In this bonus, players will be given three spins, and during the round, there will be extra wilds that will move around the reels.

Caesar’s Bonus Spins - In this round, you will spin a wheel to determine the number of free spins and an additional multiplier.

As well as the bonus features, there is also a selection of reel modifiers that can be added to the reels at random during the base game.

Five of a Kind - This one secures a five of a kind win of matching symbols.

Reelus Maximus - A giant 3x3 symbol will be added somewhere on the reels.

Big Win - This one does as it says on the tin - awarding players a large win on their next spin.

Super Bonus Reels - Extra bonus symbols will be added to the reels, increasing your chances of getting one of the bonus feature wheel bonuses.