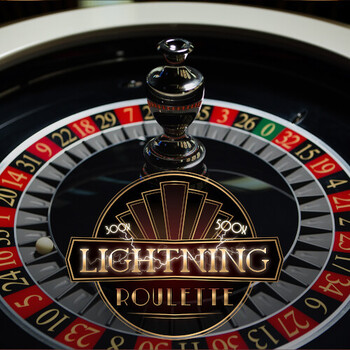 Lightning Roulette is one of the most exciting live-casino titles available here at Mega Casino. The game takes everything you know about the classic game of roulette and shocks it up to the next level thanks to its electrifying bonus features. The game offers an exciting and innovative casino online UK experience, one which is broadcast from a stylish live casino hosted by the super-talented development team at Evolution. The high-quality streams, combined with the exciting gameplay mechanics, and a user-friendly interface makes this one of the best online game show experiences you can try at Mega Casino. How To Play Lightning Roulette - The Basics

If you are a fan of standard roulette, then you don’t need to worry about learning anything new when playing Lightning Roulette. The game has the same basic layout as European Roulette with just a few key differences thrown in to add a whole new spark to the game. The game itself broadcasts live from one of Evolution’s live TV studios. When you join the game, you will be confronted by a stylish art-deco studio and a friendly host. The first thing you need to do is select your stake and choose where you think the ball is going to land. You can place all of the standard bets you would expect to be able to place in a normal roulette game.

So what is it that puts the lightning in Lightning Roulette? The game boasts a range of great features including the addition of lucky numbers and lucky payouts, both of which can help players secure some potentially big wins.

The interface of this game is designed to help keep players up to speed with what has happened in the game. There are statistics, as well as previous numbers available on the screen at all times. Of course, this is just a record of previous numbers and given that the game is totally random, it is not going to help you secure a win in any way.

Once players have selected their stake in Lightning Roulette, the game’s two main bonus features will then kick in. The lucky number feature sees up to five numbers selected from the reels. These five numbers can then be hit with a multiplier during each spin.

The lucky payouts bonus then choose the size of the potential multiplier that is going to be added to these lucky numbers. These multipliers can range from 50x your stake all the way up to 500x your stake. If a player is lucky enough to choose a number with a multiplier and it lands, then they will be rewarded with that prize. This gives players a chance to win some potentially big money if the odds turn in their favour. If it’s live casino gaming that you want, then Evolution is the company to turn to. The developer, which opened its doors in 2006, has established itself as one of the most dependable companies for delivering high-quality live casino products in the industry. As well as a plethora of great titles including live blackjack, live baccarat and other live roulette variants, the company has also developed a range of popular live game show titles. This includes games like Dream Catcher, Monopoly Live and Crazy Time to name just a few. What is the RTP of Lightning Roulette?

The optimal return to player of Lightning Roulette is 97.30%.

Can I play Lightning Roulette on my mobile device?

Yes. Lightning Roulette has been optimised by Evolution to ensure that it works on a range of different mobile devices. The game’s interface supports both horizontal and vertical displays and the game itself retains all of its special features when being played on a smaller device. We do advise that players are connected to wi-fi when playing to ensure the best quality stream on their phones or tablets.

If you’re a fan of live casino games, then do we have a treat for you. Here at Mega Casino, we offer a wide range of different live casino games developed by some of the biggest names in the industry. As well as our selection of different roulette titles developed by Evolution, we also offer live versions of card games like baccarat and blackjack. As well as this, we have a great selection of live online game show options as well including Dream Catcher and Monopoly Live.