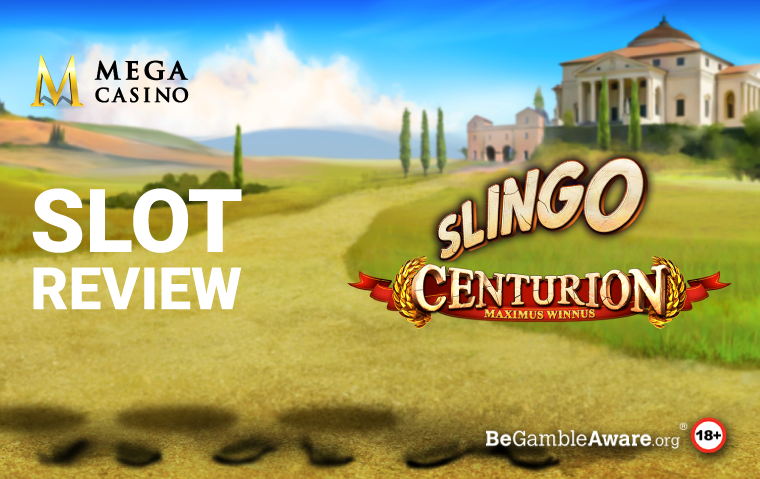 Slingo games are all the rages these days, and the Slingo company has teamed up with Inspired Gaming to give players an exciting bonus-packed title. The Slingo Centurion slot game takes players back into Ancient Rome and invites them to march alongside an army as it advances to Rome. Let’s see if the game itself has the strength to deliver when it arrives in this Slingo Centurion review.

Slingo Centurion is another well-designed title from the team at Slingo. The game is set in the heart of Ancient Rome, with a beautiful temple sitting in a field behind the reels. The reels themselves are held up by two Roman columns, with several other little quirks from the time period sprinkled throughout the game as well.

The action here unfolds across a 5x5 grid, with the additional Slingo numbers reel located underneath it. There are no traditional paylines, but there are 12 Slingo lines that players can fill in to unlock features and hopefully land a part of the 500x the

How To Play Slingo Centurion 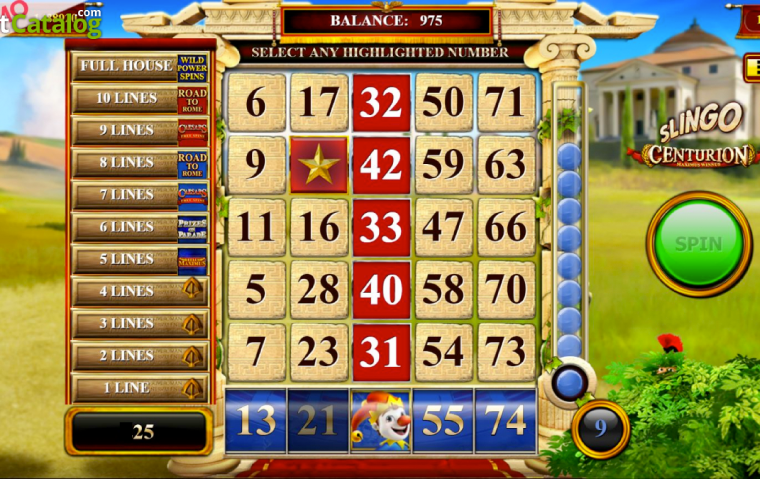 For newcomers to Slingo games, the set-up is simple. The games combine elements of both slot games and bingo. At the start of the game, players will choose their stake, with a minimum of £0.10 and a maximum of £25 being available. Once they have wagered their stake, players will be given 10 spins.

On each spin of the reel, different numbers will land. If those numbers correspond with spots on the grid, then they will be marked off with a star. If a player fills a line, this is called a Slingo. The idea of the game is to fill all of the lines to win the top prizes.

The Centurion Slingo game has an RTP of 95% and has been given a medium volatility rating from Slingo. The game can be accessed on mobile devices, with the simple set-up working really nicely when it makes the jump to the smaller screen. 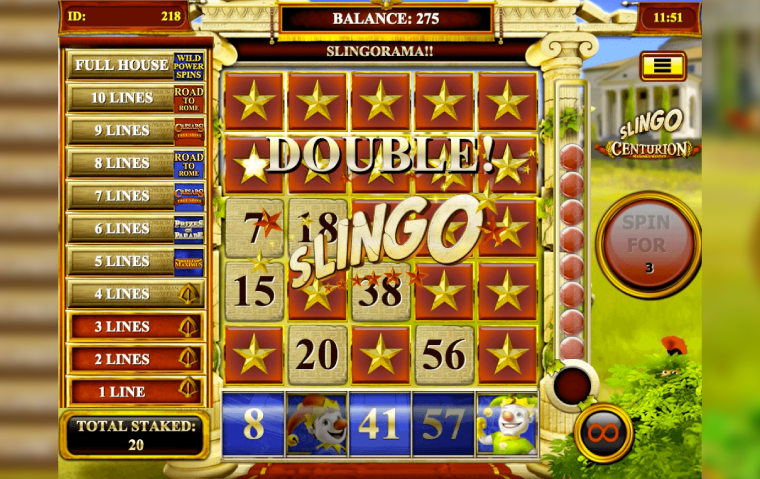 Slingo games always come packed with special features, and the Slingo Centurion slot is no different. The following are all available in the game.

Anyone who has played a Slingo game before will recognise the Joker and the Devil symbols. The former of these acts as a wild allowing you to pick a symbol from the row above, while the Devil just fills a spot on the reel, preventing you from landing a win from it.

Completing a line in the game rewards a ‘Slingo’. Once you hit five Slingos, you will start to unlock the following bonus rounds:

If you love slots and you love bingo, then Slingo Centurion is an absolute must. This delightful Slingo game comes stacked with bonus features as well as innovative and enjoyable gameplay that runs smoothly on both desktop and mobile. This is one of many top Slingo titles you will find at Mega Casino, and it’s fair to say, it’s one of the best.