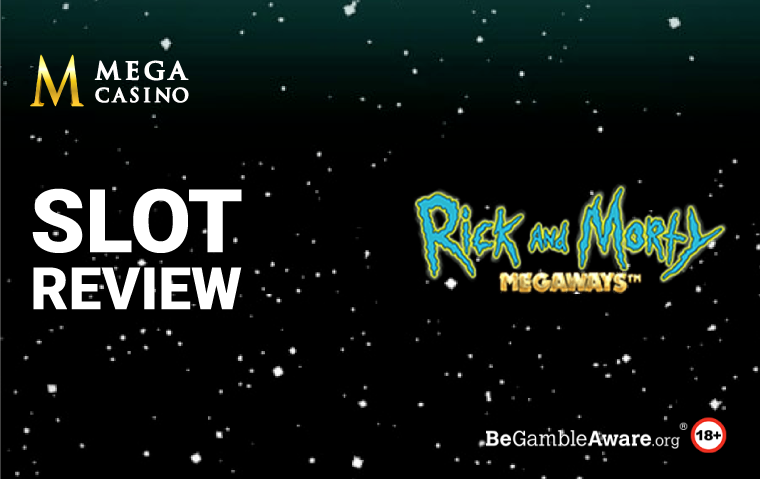 Rick and Morty is one of the most popular animated TV shows of all time, and Blueprint Gaming has a fine record of developing enjoyable TV and film branded titles. As such, the pairing of the two feels like a match made in heaven. Blueprint has worked their magic and brought Rick and Morty to life in an entirely new medium, while the show’s whacky stories lend themselves perfect to slot bonus features and gameplay. In this Rick and Morty Megaways slot review, we are going to take a detailed look at the bonuses, gameplay, and RTP of this slot, as well as much more.

The Rick and Morty TV series is all about two things - science, and chaos. The Rick and Morty Megaways online slot has done a fantastic job of recapturing the zany spirit of the show, with the slot boasting plenty of great visuals from the hit series. Fans of the show will also recognize the slowed-down funky take on its opening soundtrack playing in the background too.

The game takes place on six reels. The middle four reels have an additional row at the top, with these containing up to seven symbols on an individual spin. The RTP of the slot is 96.55%.

How To Play Rick and Morty Megaways 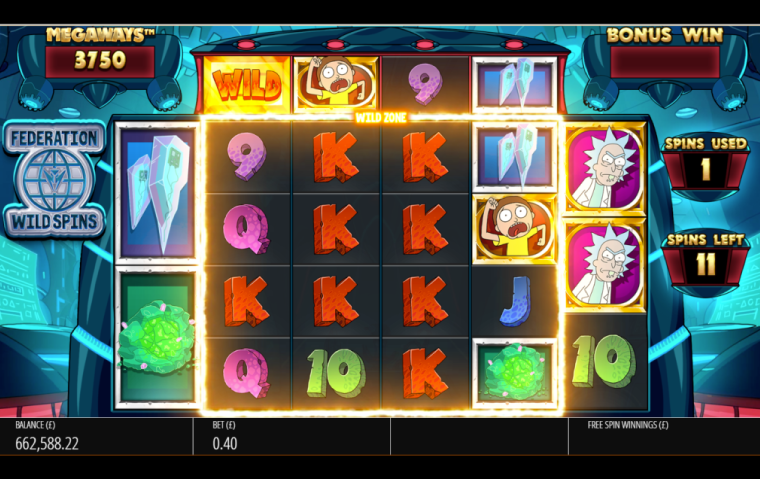 The Megaways mechanic can appear quite confusing to players if they have never encountered it before. It is a reel modifier that allows a game to offer up to 117,649 different ways to win. The horizontal reel at the top of the game can be included in this. Whenever a player scores a winning combination in the game, a cascading effect takes place, with extra symbols falling onto the reels. This stops when there are no winning combinations left.

All of this can be accessed for a minimum of £0.10 per spin, up to a maximum of £10. This may seem low, but when you factor in the impressive 50,000x your stake maximum win, it makes a little bit more sense. 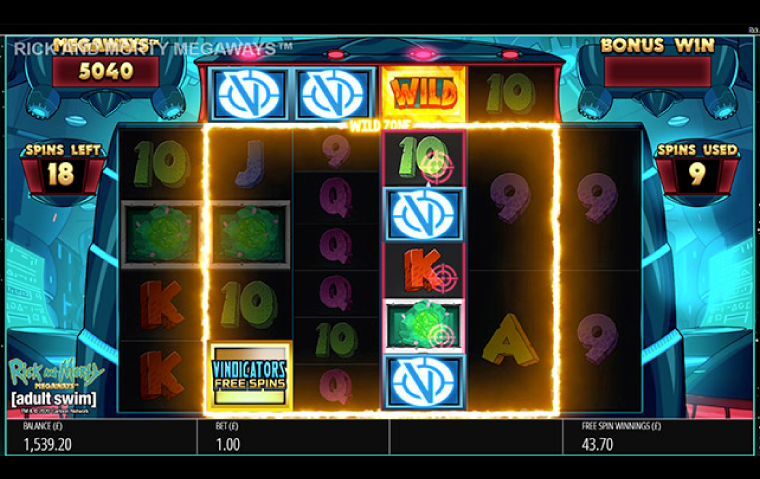 Rick has plenty of tricks up his sleeve when he is flying across the galaxy and the mad scientist has brought some of them to the reels with him. The main Rick and Morty Megaways bonus features, aside from the Megaways mechanic, are focused on the free spins round.

When players land four or more of the scatter symbols in the game, they will be given the chance to choose from one of the following four spins rounds

A mystery symbol can also land on the reels. This will then turn into any random symbol from the game except for the wild or scatter.

Most developers are happy to cash in on an IP and just reskin another popular game. That is far from the case with Blueprint Gaming’s Rick and Morty Megaways slot game. Like Ted and Top Cat, two other popular branded titles from the company, the Rick and Morty Megaways slot is full of great bonus features and manages to pay homage to its source material. The game will please both Rick and Morty fans and those who have never played the franchise thanks to its innovative gameplay and whacky design. This is a branded slot well worth checking out at Mega Casino.