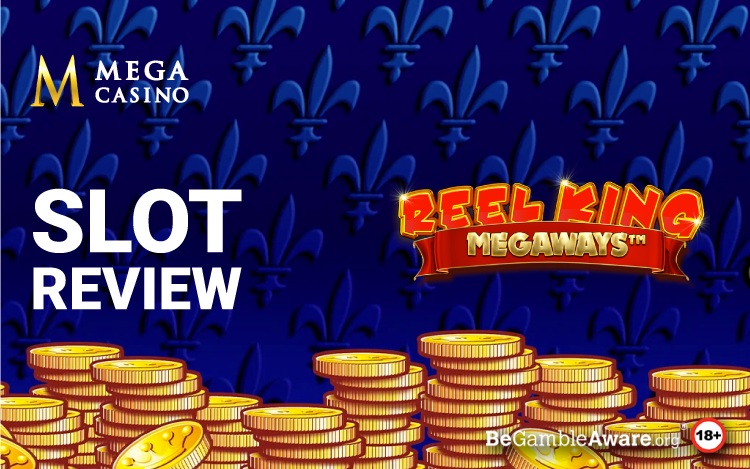 Reel King has been a hugely successful series of slots for Novomatic. The game was inspired by a land-based slot machine by Barcrest, with Novomatic adapting it for online players and never looking back. The character has become something of an icon in the iGaming world, and the various spin-offs have also proven successful. Let’s take a look at the one that started it all in this Reel King slot review.

It’s quite clear from looking at the Reel King slot game that it was inspired by a land-based machine. The slot has simple, but very charming visuals. The backdrop for the title looks like it has been taken straight from a casino floor, and the symbols here are all taken straight from fruit machines.

Of course, this retro look wouldn’t be complete without some cheesy sound effects. There are plenty of dings and cash falling sounds here to take you on a trip down memory lane. Despite its retro look, the slot is still accessible on mobile devices including both phones and tablets.

How To Play Reel King 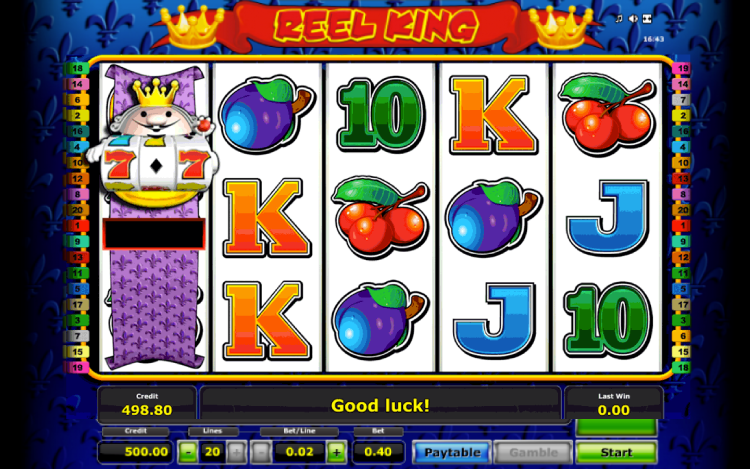 The Reel King slot keeps things simple with a 5x3 layout. There are 20 paylines, each of which is marked around the side of the reels, further adding to the slot’s old-school vibe. The game can be played from £0.10 up to £90, giving it a good betting range. There is, of course, an autospin option as well.

As far as winning potential goes - players can score a max win of 500x their stake and the slot has an RTP of 94%. These numbers aren’t going to excite too many people, but those attracted to slots like that are probably looking for more of an experience than a big payout anyway. 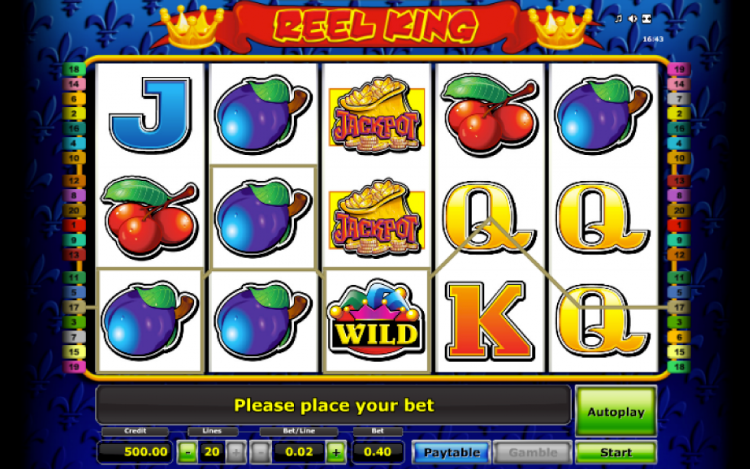 The Reel King game is far from brimming with bonus features, but the main one has become hugely popular and is one reason many players return to the series over and over again.

The titular feature in the game is triggered when you land five of the yellow reels in one spin. The yellow reels are called dings, and they can appear on any given spin. In this round, the Reel King himself makes an appearance scattered across these reels. He then displays mini-reels which contain the classic seven symbols. Each of the reel sets spins until there are no 7 combinations. This can lead to some pretty big payouts if they keep spinning for a long time.

The other feature in the game is a fairly standard gamble feature. This is triggered when you land a win that is greater than 5x your bet. You then need to risk your winnings in a ladder-style game. It’s a double or nothing style scenario so be cautious before you head into it.

Fans of old-school slot machines are going to bow down at the feet of the Reel King. While the game is not one to offer mod-cons or big wins, it is also not without its charms. The Reel King character has become extremely popular, and its old-school charms, combined with simple gameplay and some good bonuses make it clear to see why. This is one of many top retro-style slot machines players should give a spin at Mega Casino.