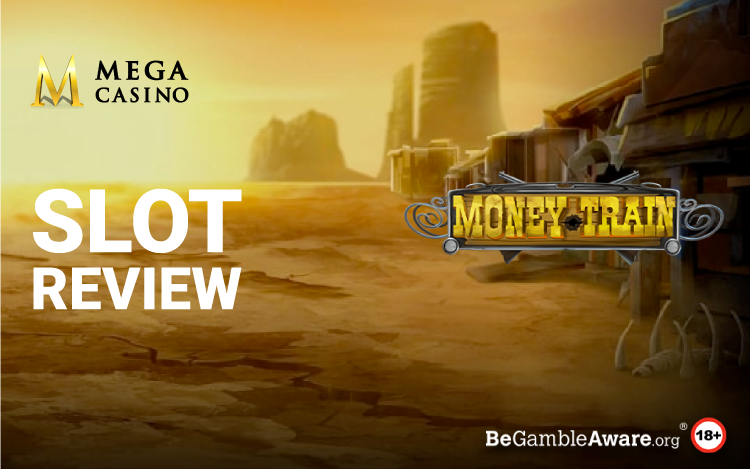 Relax Gaming takes players to the Wild West to help out a group of bandits as they attempt to rob a train. The slot has become something of a runaway hit for the company, inspiring a popular sequel/spin-off based purely on its bonus round. What is the reason for this huge popularity? Let’s take a more detailed look at the slot in this Money Train review and find out.

The Money Train slot game is inspired by the great train robberies of the Wild West. It is set deep in the heart of a Western Town as a train rolls past. It is the side of the train that is used to display these reels, giving the game a nice bit of visual flair. All of the symbols here are popular items from the time period and several of the main characters appear in the slot on wanted posters.

How To Play Money Train 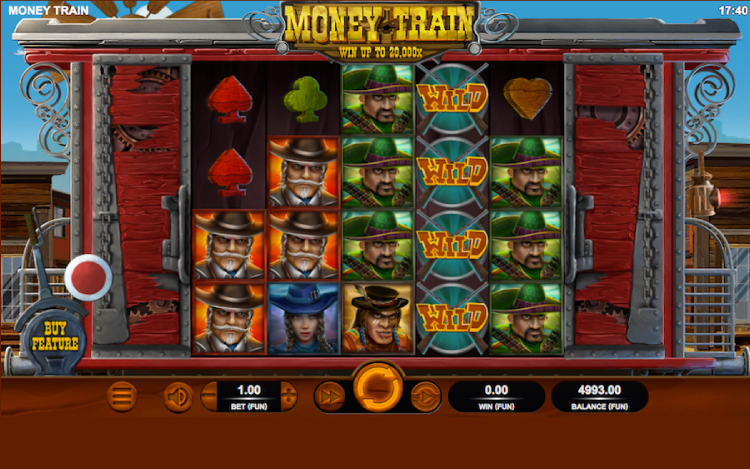 The game has a really nice set-up that players should get used to pretty quickly. The action unfolds across five reels, each with four rows. The bonus game, which we will come to later in this Money Train online slot review, takes place on a slightly different set of reels.

You can spin the reels here for a minimum of £0.10, with a maximum bet of £12.50 being available. This is a small betting range that is likely to please though who play with more conservative budgets.

Of course, if you want to take the game for a spin on your mobile, then you can. The Money Train mobile slot still boasts the exact same mechanics and bonus features as the desktop version. 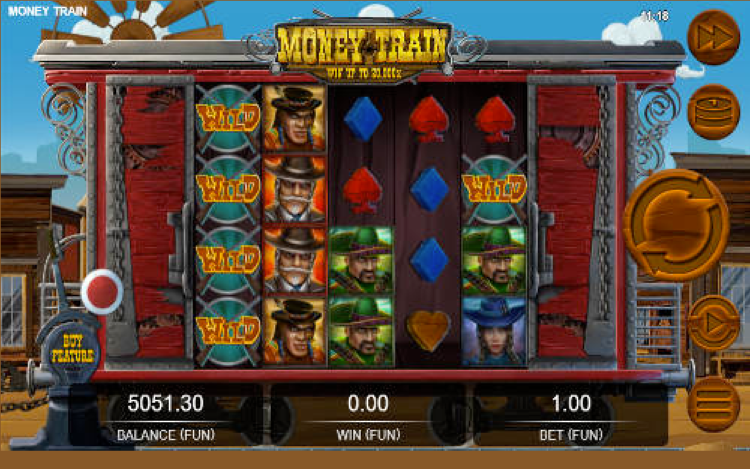 There is only one main feature in the Money Train slot but it is a knockout. The Money Cart feature was so popular with fans, in fact, that the game’s sequel, Money Cart 2, is based entirely around the feature. Let’s take a more detailed look at it.

The Money Train slot game is an incredibly stylish and innovative outing from Relax Gaming. The fact that the developer decided to make a sequel out of the game focusing just on the bonus feature should tell you all you need to know about much fun that is, while the design and the base game also really deserve some credit. This is one of the strongest slots that Relax Gaming has in its portfolio as well as one of the best you will find at Mega Casino.