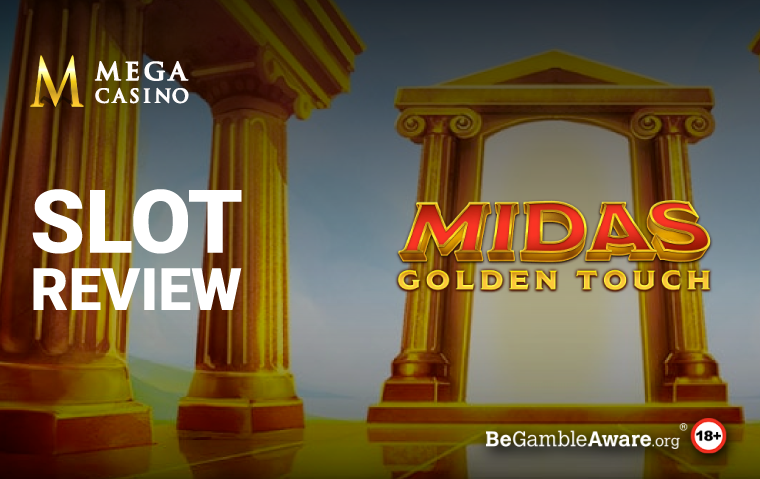 If there is one time period that slot developers love to explore - it’s Ancient Greece. It’s no surprise either. This time period is full of colourful myths and legends, many of which lend themselves perfectly to slot machines. Step forward, King Midas. King Midas is at the centre of the Midas Golden Touch slot game developed by Thunderkick. In this Midas Golden Touch slot review, we are going to see whether or not this slot delivers on its golden promise.

As you’d expect from a slot based around King Midas, this whole thing is very glorious. The slot is set inside Midas’s temple, and it looks as though he has been busy touching a lot of things. The whole thing glistens with gold, with red and white banners also fluttering in the wind, adding a regal touch to proceedings.

It’s beautifully designed but it also stands out for its simple set-up. The slot takes place on five reels and three rows. Notably, it offers an impressive 243 ways to win, presenting players with an interesting maths model.

How To Play Midas Golden Touch 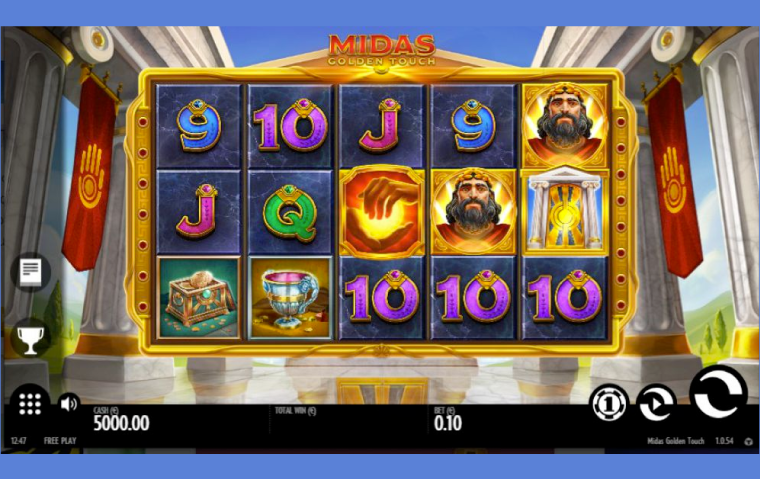 You won’t need the Midas Touch to get to grips with the Midas Golden Touch slot game. The gameplay panel is easy to understand and use. Players will first need to select their betting amount, with £0.15 being the lowest on offer and £15 being the highest. It’s a small betting range that is going to appeal to those on lower budgets.

Midas is not a King who likes to hoard his wealth. Players can land a maximum win of 10,000x their total stake, which is the kind of total that will leave players hoping that they have the golden touch themselves. The RTP of the slot is set at a standard 96.01%.

The slot is also available for use on mobile devices. It looks just as grand when it is being played on the smaller screen, with all of the same gameplay mechanics being in place. 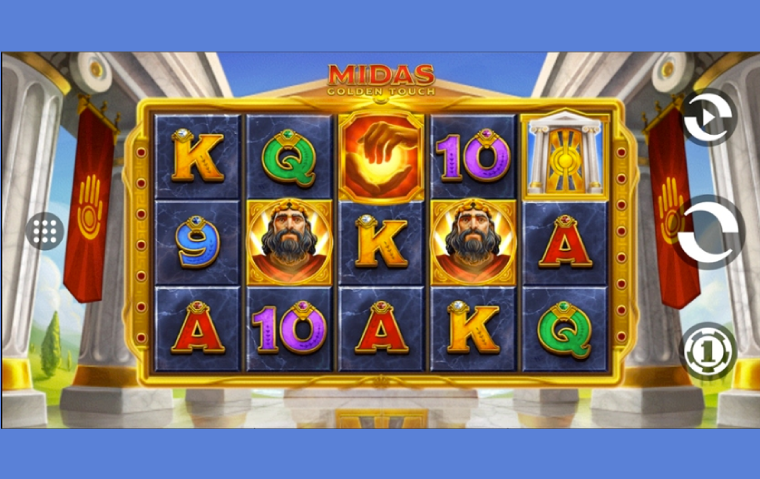 King Midas has sprinkled a little bit of his golden touch into the game - giving players the chance to access a number of bonus features.

The first bonus feature is a bonus spins round. This is launched when players land three or more of the slot’s scatter symbols on the reels. If you land three, then King Midas will give you 10 bonus spins, four will see 15 given out, and five rewards 20.

The bonus spins round here is no ordinary round. Every time a player scores a win, they are rewarded with a re-spin. This will continue as long as players continue to land wins. All winning symbols become sticky for the next spin.

The story of King Midas may be a tragic one, but the Midas Golden Touch slot is nothing but a success. With this title, Thunderkick has designed a gorgeous slot game that comes with some great bonus features. The respins round really complements the initial bonus spins offering, and the design of the slot is one that is really fitting for a king known around the world for his golden touch. Take the slot for a spin at Mega Casino and find out if you have the Golden Touch yourself.