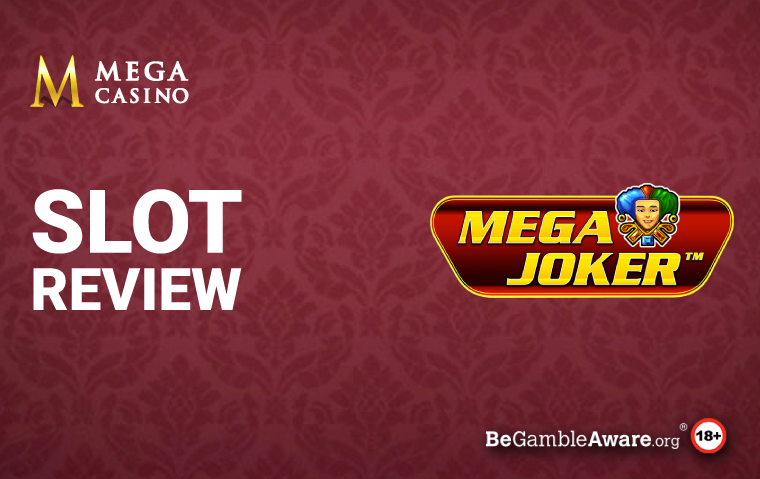 Those who fancy an old-school slot experience can take the Mega Joker online slot game for a spin. The game was designed and developed by NetEnt and it combines old-school slot aesthetics and gameplay with more modern bonus features. It is available to play at Mega Casino on both mobile and desktop devices. In this Mega Joker review, we are going to break the slot down and explain how it works, and whether it is worth playing or not.

There are many retro slots on the market, but Mega Joker is one that takes the theme very seriously. The slot’s reels are set on a giant fruit machine, complete with buttons, side effects, paytables on the side of the screen, and an upper and lower set of reels. From a visual perspective, it can actually be a little bit overwhelming when you first load it up, but the gameplay is simple once you understand how everything works.

The lower set of reels is where the majority of the action happens, with the game opting for the old-school 3x3 set-up, with the higher set also having the same number of reels. The RTP from the game is much higher than what you will find in most online slots, offering players a 99% return.

How To Play Mega Joker 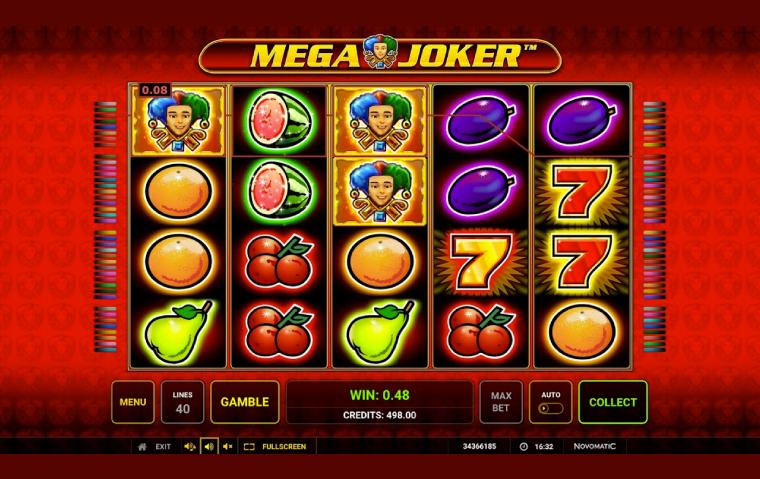 While the bright colours and fruit-machine set-up may be a little confusing at first, the Mega Joker slot game plays like most top online slots, it just ties them in with old-school mechanics and controls. The bets are changed using the coin values. The range here is quite limited, with a minimum bet of £1 and a maximum of £10 being on offer. There are five fixed paylines that players can see marked out around the reels.

Despite its old school aesthetic, the game can be accessed on mobile devices. NetEnt does a great job of adapting its slots for the smaller screen and despite the bigger reel layout and design of the Mega Joker game, it still works fantastic on the smaller screen. 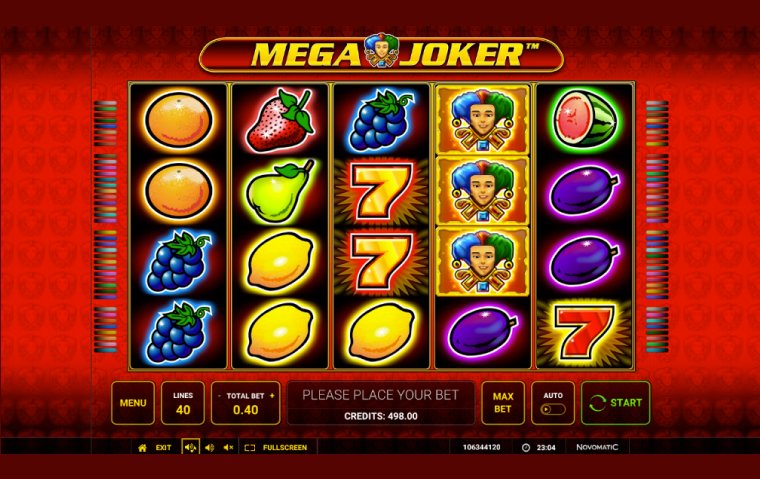 As an old-school slot game, NetEnt has put a lot of time into focusing on the way the game looks and plays. As such, it is not the best-equipped slot when it comes to bonus features. That said, there is still a really cool bonus feature and a progressive jackpot, which is something players should never moan about!

As we’ve mentioned earlier in this Mega Joker slot review, there are two separate sets of reels in the game. The upper reel effectively acts as a gamble feature for any winnings secured in the lower one. When you land a win on the main reels, you will have the chance to spin your winnings on the upper set of reels to win more prizes.

These prizes are also significant, with the game’s progressive jackpot being able to be won through the top reels.

NetEnt has really put a lot of effort into crafting an enjoyable and well-designed fruit-machine themed slot. Everything about this game is designed to provide players with a healthy dose of nostalgia, and fans of fruit machines are going to fall head over heels for it. From a gameplay perspective, things are basic but fun, and the progressive jackpot is definitely a selling point for the game.