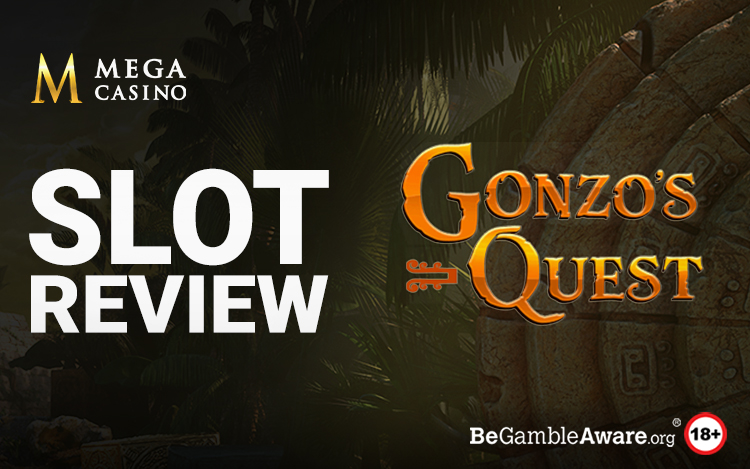 NetEnt’s Gonzo’s Quest slot game is one of the most popular that the company has ever developed. The title is based around a Spanish conquistador called Gonzo who is on a mission to find the lost kingdom of El Dorado. It’s a basic set-up and from the outside looking in, the slot may not appear to be anything too different. However, this is one of the most influential slots ever made, with its trademark avalanche feature being adopted and modified by countless slots in the years since its release. Let’s see what else makes this title so special in this Gonzo’s Quest slot review.

Gonzo’s Quest was well ahead of its time in terms of its design. The title was released all the way back in 2013 but it still boasts some really stylish graphics and slick animations. Gonzo himself feels like a video-game character as he moves around the screen, cheering you on and helping you collect all of your winnings.

The rest of the slot is very well-designed too, with the reels being fashioned to look like an ancient stone wall. The reels don’t fall in the traditional manner either, with each block falling into place. The whole thing is perked up even more by an upbeat soundtrack that really helps immerse you in this world and feel as though you’re on an adventure.

How To Play Gonzo's Quest 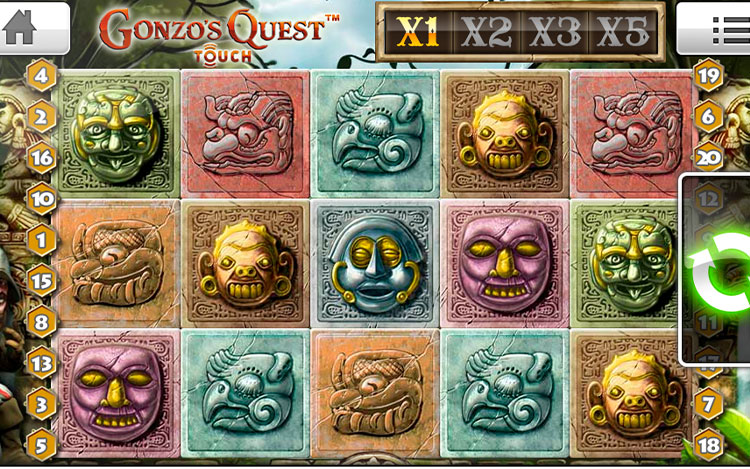 Finding El Dorado may be a difficult mission, but playing the Gonzo’s Quest slot is far from that. The title takes place across five reels, each of which contains three rows. There are 20 active paylines on every spin.

The game can be played on a number of devices, with a minimum wager of £0.20, and a maximum of £50. If you want to let Gonzo go off and explore on his own for a while, then you can use the game’s autospin feature to do that.

The Gonzo’s Quest RTP is listed as 95.97%, with a maximum win being available of £4,688. The slot has been put into the medium volatility range by NetEnt. 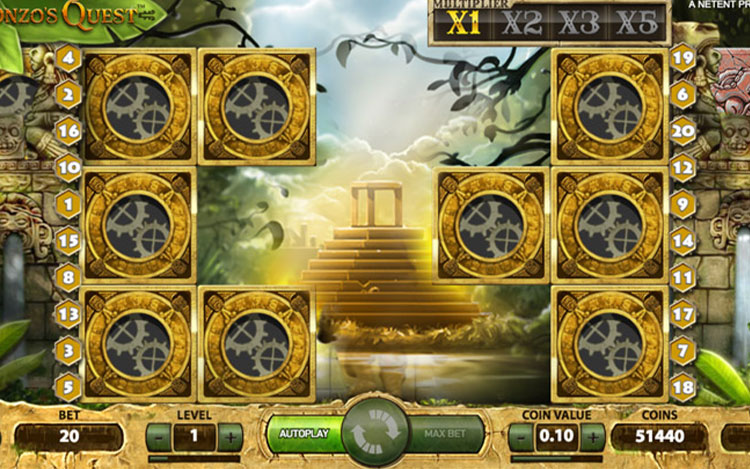 Searching for the lost kingdom of El Dorado is no small task, and you will need all the help you can get along the way. Thankfully, there are some top Gonzo’s Quest bonus features available to help you along the way.

Gonzo’s Quest was one of the first slots to use the avalanche wins feature. This occurs whenever a player lands a winning combination. All winning symbols on the grid disappear and are replaced with new ones. There is also a progressive multiplier applied to the winnings, which can reach up to 5x in the base game.

The free falls feature in the Gonzo’s Quest online slot game is simply a bonus spins round. It is triggered when players land three of the free fall symbols on the reels. During the round, the avalanche feature remains active and the multiplier can increase all the way up to 15x.

NetEnt has a history of producing top quality slots, but few have stood the test of time as well as the Gonzo’s Quest slot game. The title, alongside the likes of Starburst, is one of the developer’s flagship slots, and for good reason. It boasts memorable characters, a fantastic design, and some brilliant gameplay features that have proven to be hugely influential in the industry.