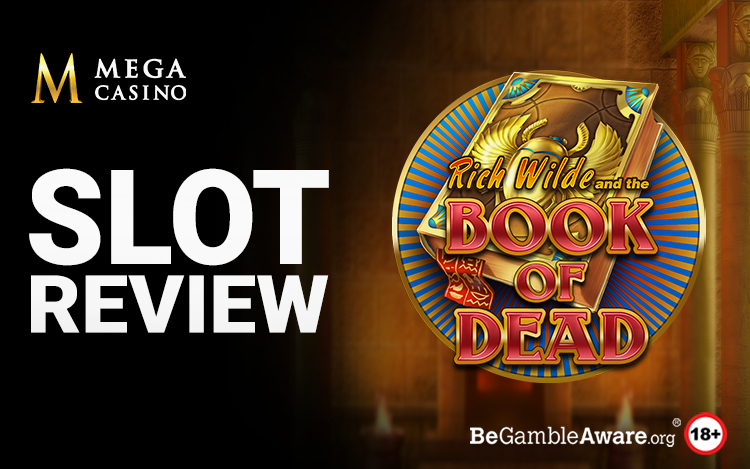 There are few themes as synonymous with the world of online slots as Ancient Egypt. This time of mystery and wonder has inspired developers for years, but one of the original titles that really helped popularise this theme was Play N’Go’s Book of Dead online slot. As well as helping to popularise the theme, it also introduced us to the popular ‘book of’ play mechanics that many other slots have replicated. Let’s find out exactly what that is and more in this Book of Dead online slot review.

Anyone who has ever played an Ancient Egyptian themed slot before knows what to expect here. The game has a simple but effective design, with the gameplay taking place deep inside some sort of tomb lined with gold. The central character in the game is Rich Wilde, who slot players will know as a regular in ‘book of’ titles.

The gameplay itself mirrors the simple design. The game unfolds across five reels, each containing three rows and 10 adjustable paylines. The RTP of the game is listed by Play N’Go as a solid 96.21% and it is considered highly volatile.

How To Play Book of Dead 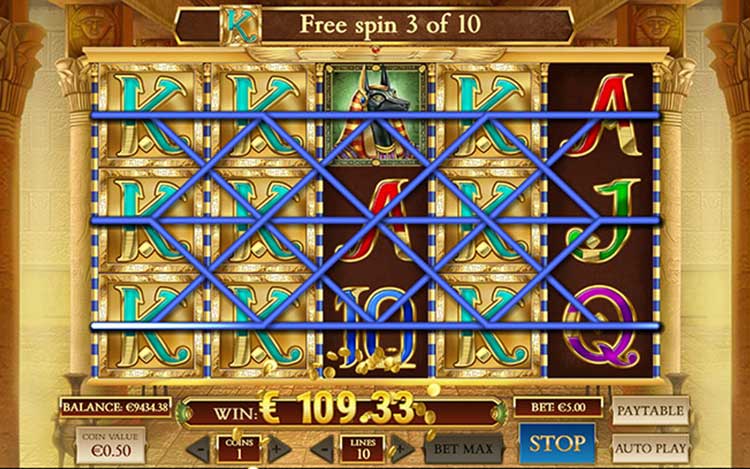 As we’ve already mentioned in this Book of Dead review, the game’s paylines are adjustable. As such, to start each spin, you will need to select how many paylines you want active on each spin, the value of your coins, and the number of coins placed on each line. You can play for as little as £0.01, though, you will have just one active pay line. The maximum value you can wager in the game is £50, with all 10 paylines being active and five coins on each at the max wager.

Once you’ve done that, you can hit the green spin button on the side of the reels. The game also has an autoplay feature that is available through the menu. You can take up to 1,000 auto spins and set a win limit for them too. 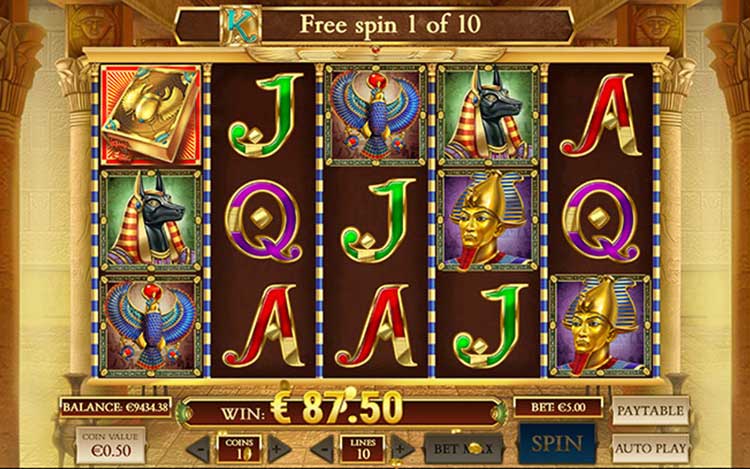 Like most top online slots, there is a free spins round in the game. This is triggered by landing three or more of the scatter symbols on any spin. This will trigger 10 free spins. As well as this, the scatter symbol is also operational as a paying symbol and can pay out 200x your stake for a combination of five.

This is the feature that has come to define ‘book of’ slot games. At the start of the free spins round, a symbol will be chosen to be the game’s expanding symbol. When the symbol lands, it will expand to cover the entire reel. It is possible to fill all five reels in the game with this.

This is the feature in the game you are likely to encounter first. Whenever you land a win, you will be presented with the option to double or quadruple your winnings. If you choose this option, you will have to guess either the colour or the suit of a face-down card. Of course, if you are incorrect, you will lose your winnings, so approach this with caution!

Book of Dead is one of the most iconic slot games of all time. The ‘Book of’ mechanic that has pioneered has been used countless times by different developers and is still being used to this day. Outside of this, the game uses a well-tested theme effectively and provides players with some good winning opportunities. It is one of several ‘Book of’ titles that are worth taking for a spin at Mega Casino.