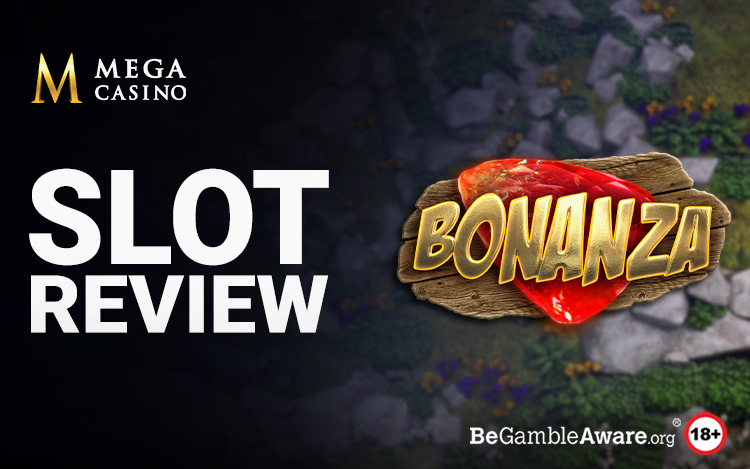 If there was one place you were going to go hunting for riches, you could always do worse than a diamond mine. This is exactly the setting for the Bonanza slot game from the team at Big Time gaming. The slot combines hunting for diamonds with the developer’s popular Megaways mechanic and some other bonus features to set up a fun experience. It is renowned for being one of the first to really bring the Megaways mechanic to attention, and is considered by many to be somewhat of a revolutionary slot. Does it live up to its reputation? Let’s find out in this Bonanza slot review.

As we’ve mentioned elsewhere in this Bonanza online slot review, the game is set inside a diamond mind. Surrounding the mine is a rocky face and a meadow, with a little waterwheel giving the whole thing a surprisingly tranqueil feeling.

It’s not just the design that helps Bonanza stand out - the game is also notable for its use of the Megaways mechanic, which, of course, was originally developed by Big Time Gaming. The company has utilised its trademark mechanic well here, bringing a lot of life and action to the game.

How To Play Bonanza 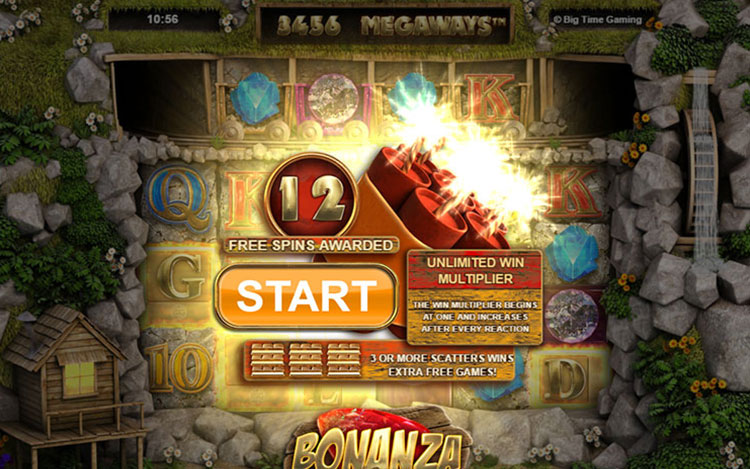 As a result of the Megaways mechanic, the Bonanza slot takes place on a slightly larger grid than that of other online slots. It unfolds across six reels, each of which contains between two-seven symbols. The maximum number of wins that can be available here is an impressive 117,649 thanks to the mechanic.

The game can be played for as little as £0.20 up to £20 - which is the kind of betting range you can expect to find in a Megaways title. The RTP for the slot is 96%, putting it smack on the industry average. Its quirky little design also lends itself perfectly to the small screen. It has been fully optimised by Big Time Gaming to work across different devices and operating systems including both iOS and Android.

The game also utilises the cascading/reaction wins mechanic that has become iconic in Megaways slots. Across the top of the reels, there is a horizontal reel that moves right to left. Whenever you manage to secure a win, the winning symbols will disappear and symbols will tumble from above. While this has now been done by a lot of different slots, Bonanza is notable for being one of the earliest games to utilise this. 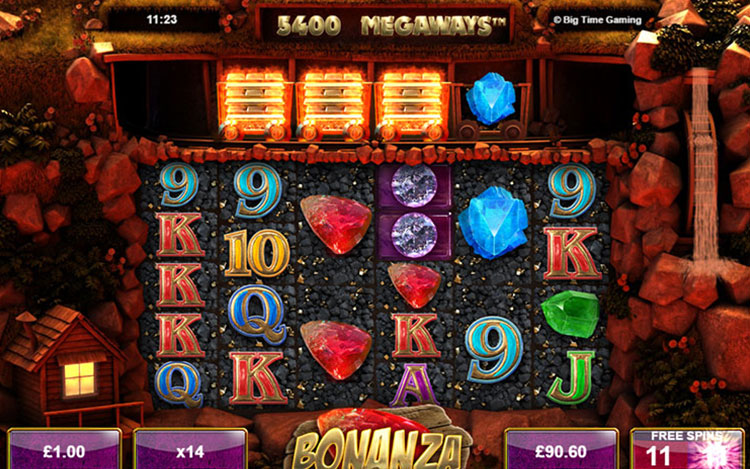 Bonanza features a fantastic bonus spins round. This, when combined with the reactions win mechanic can lead to some very nice payout if a player’s luck is in.

Outside of the Megaways mechanic and all of the perks that brings, there is another great Bonanza bonus to be unlocked. This comes in the shape of the bonus spins round, which is triggered when you manage to land the symbols GOLD on the reels.

When this happens, you will be given 12 free spins. During this round, a progressive multiplier is also applied that increases after each win. This, in combination with the cascading wins, can lead to some big winning streaks and is definitely the best route to securing big wins in the slot.

Bonanza is widely regarded as one of the most influential slot games ever made, and it still manages to live up to its billing. Triggering the bonus spins and watching the multiplier build thanks to the reactions mechanic is one of the best experiences an online slot player can have. Years after its original release, Bonanza still holds up as an all-time great!