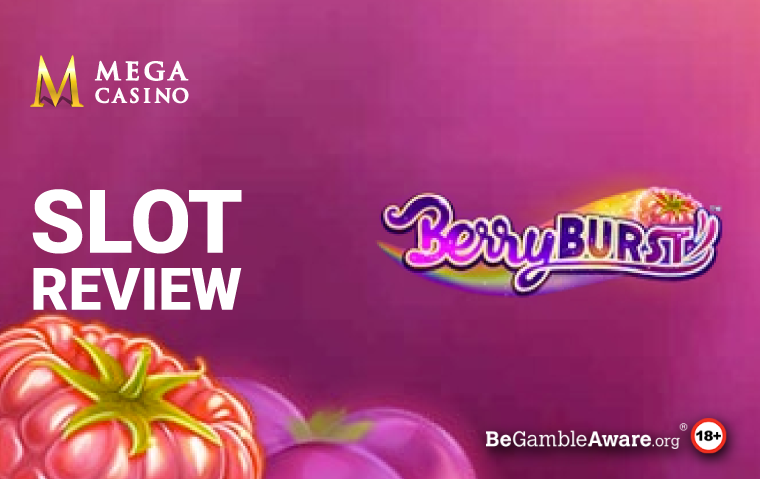 Since the rise of mobile games like Candy Crush and Fruit Ninja, slot games with fruit themes and cluster mechanics have become incredibly popular. One of the best examples of this is the Berry Burst slot game from the team at NetEnt. The company has a history of creating colourful and memorable slot games, and this is no exception. In this Berry Burst slot review, we are going to take a look at the game’s unique mechanics and its bonus features, as well as cover the betting range, RTP, and more.

The Berry Burst slot has a simple but stylish design. The symbols in the slots are floating around in some sort of jelly, with each of them looking absolutely delicious. You will definitely get your five a day in this game, with the slot having oranges, limes, raspberries and other fruits as symbols. This is all complemented by an energetic soundtrack, which helps to get you in the mood to spin the reels.

These symbols are all floating across five reels, with three rows on each. This is about as conventional as things get, with the slot using a cluster-pay mechanic which we will explore later in this Berry Burst review. As a result of this, there are no traditional pay lines. It offers a 96.56% return to player, which is a nice number that will no doubt grab some attention.

How To Play Berry Burst 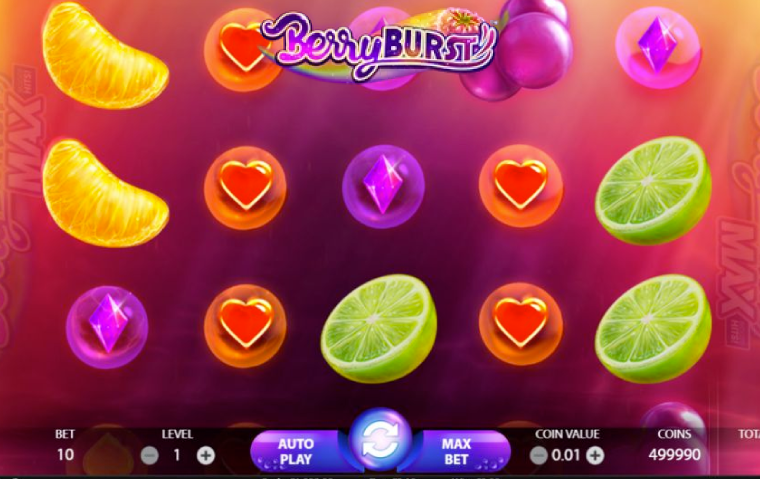 Berry Burst uses a different payout system to standard slot games. For cluster pays, players will need to land a cluster of five or more symbols in order to land a prize. Sadly, there is no cascading feature in this slot like there is a lot of cluster pay titles.

The slot allows players to play for anything between £0.10 and £200. There is a maximum win of 1,000x your total stake in the game. The slot also works on mobile devices, with its aesthetic arguably being better suited to the small screen given the games that have clearly influenced it. 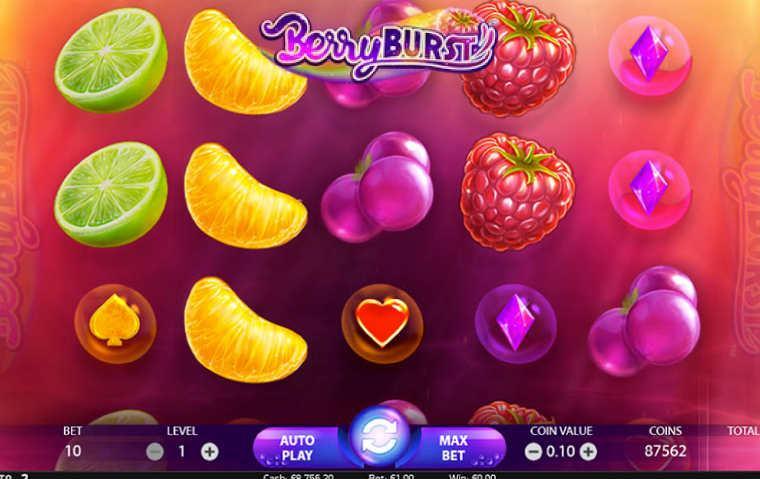 NetEnt loves to load up its slots with bonus features, and the Berry Burst slot game is no different. The following features are all in the game and can help you secure some wins.

In Berry Burst, wilds operate as they do in normal slots, substituting for other symbols to help create winning clusters. They also expand and can cover reels to help boost the winning possibility. It is also used to trigger the re-spin round.

When you land an expanding wild on the reels, it will trigger a respin. If you land more wilds during this round, then more re-spins will be rewarded.

Fans of fruit-themed slots with a little bit of something different are going to love the Berry Burst slot game from NetEnt. Berry Burst takes the classic fruit machine look and flips it on its head with the addition of the cluster pays mechanic. Its design also looks great on mobile casinos and is a title worth checking out on your devices at Mega Casino. The game’s lack of bonus spins may cause an issue for some, but the re-spins round is a lot of fun when it is triggered and can help to trigger some great wins.